The Academy setup last weekend (Sunday) and this week (Wednesday evening) played against their local rivals in a number of exhibition games to finish the season off in style, whilst also welcoming a number of local grassroots teams in a friendly tournament.

From U9s to U15s across a full Sunday at a sun soaked Boundary Park, the youth team sides played a full game against their counterparts, with parents in attendance in the stands as both clubs followed the return to football grassroots guidance from The FA.

On the football ‘community days’, Head of Academy Paul Murray said; “It was excellent to welcome the young lads to Boundary Park, a place they all dream of playing at in the future.

“It was an enjoyable day for everyone and after the last year we’ve all had, especially these young footballers who haven’t been able to play together as much, it was nice to see them back in action playing against Rochdale which always adds that extra spice as a rival.”

Superb day of football for @OAFCAcademy . Pleasure to watch our teams play with real creativity and composure! #oafc pic.twitter.com/hjp6CraDP2

He added; “Over the past couple of years both clubs have taken part in events like this but it was obviously postponed last time round, so all the coaches along with the players we’re eager to get back on the grass and work on what they’ve been practicing in training and at home through lockdowns.

“These teams and players will now work their way through the age groups and hopefully make it to the U16s, then the U18s and ultimately into the First Team. There’s a lot of talented local footballers in our age groups and that’s testament to the hard work of the coaches as well as the direct support from their parents who have bought into what we are trying to develop here.”

The Boundary Park surface also played host to a tournament on the Wednesday evening organised by Youth Team coaches as part of the pitch hire availability for 16 local U8 sides, De La Salle being crowned the eventual winners. 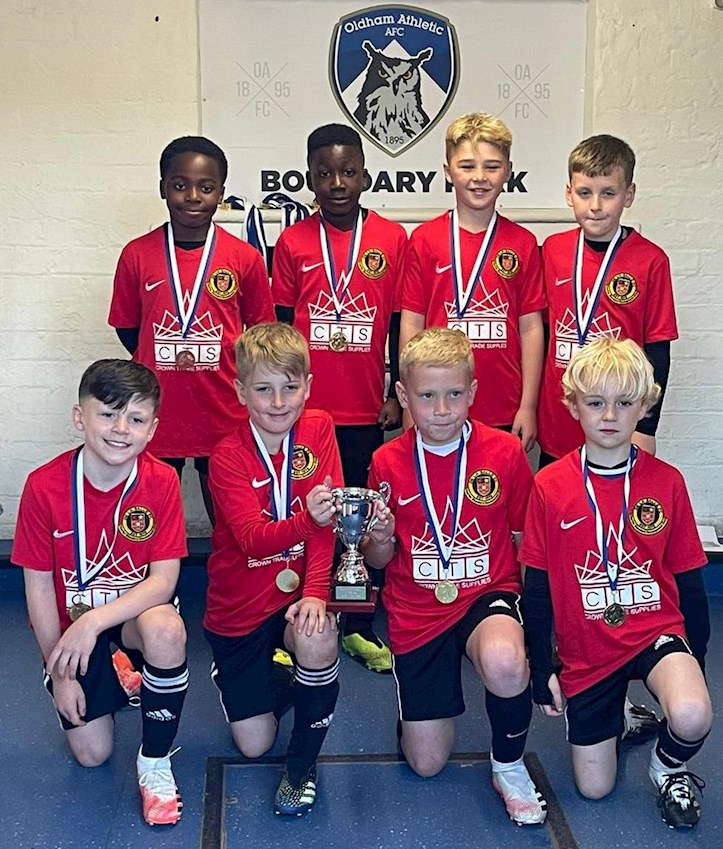 With the support of the Development Centre this season and a new college programme due to start soon, the club is widening its pool of players from grassroots level with an achievable pathway into the professional game.

For more information about trial dates for any age group, please email football.programme@oldhamathletic.co.uk