Oldham Athletic are delighted to announce that Head Coach Keith Curle has put pen-to-paper on a two-year deal with the club.

The 57-year-old has an impressive CV, making over 800 appearances throughout his playing career playing his trade at ten different clubs including Wimbledon’s notorious 'Crazy Gang' and being Manchester City’s first-ever Premier League captain. To add to this, Curle earned an England call-up in 1992, representing his nation on three occasions and was part of the Euro ‘92 squad.

Moving from playing to coaching, he spent time as part of the backroom staff at Crystal Palace and Queens Park Rangers under the vastly experienced Neil Warnock. During his time at QPR, he played a role in the club’s promotion back to the Premier League.

In terms of management, he notably maintained a 45% win rate whilst in charge of Notts County during a year in the dugout at Meadow Lane. Following that, Curle spent four years at fellow Sky Bet League Two side Carlisle United, guiding the Cumbrian outfit to three top-half finishes including getting them in the play-offs in the 2016/17 season.

Curle took over Northampton Town during the 2018/19 campaign and successfully avoided relegation before rebuilding their squad to lead the Cobblers to Wembley and were emphatically victorious on the day in the play-off final against Exeter City.

The Bristol-born defender arrived at Boundary Park back in March and was tasked with the role until the end of the season initially, implementing a new formation in the process with mixed results across his 14 games, but has used the time wisely to understand what impact he can make over the summer going into the 2021/22 season as he builds a new squad. 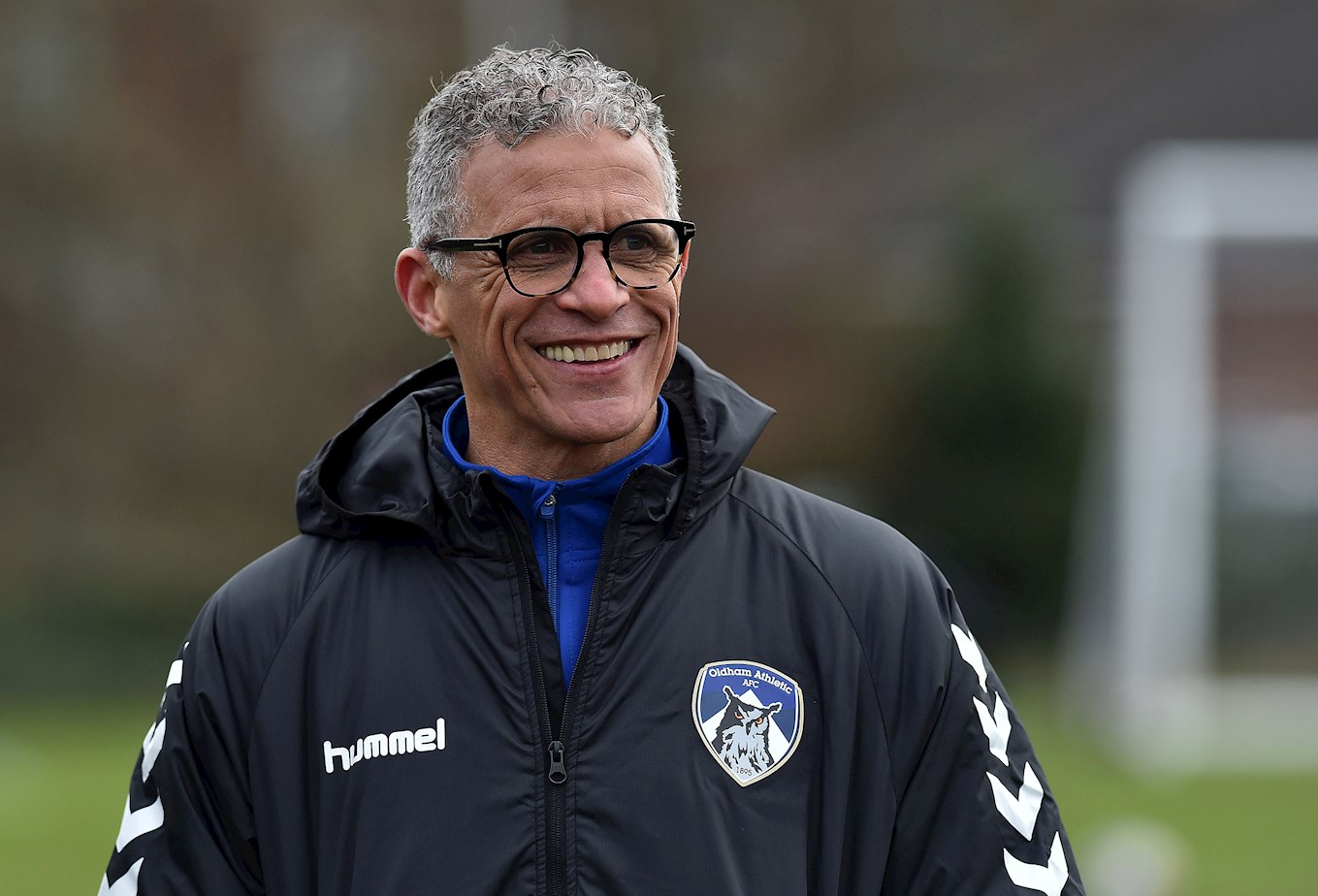 After signing a new contract with the club, Curle said; "From the moment I walked into the football club I knew I wanted to stay.

"It's taken a bit of time to sort out because for me to do my job properly going forwards I wanted to get an understanding of exactly what is required, the expectations and what I'm responsible for.

"I'm confident I can make a positive difference and give this club the platform to be successful. The hard work continues now and I'm really looking forward to seeing the supporters back at games soon."

Whilst, Owner Abdallah Lemsagam added; "We are really pleased that Keith has agreed to join the club on a new deal. Apart from his obvious vast experience and success in the lower leagues, all the Directors and staff have been really impressed by his desire to help unite the club so we can all push forwards together."

An in-depth interview with Keith Curle will be posted on iFollow Latics later this afternoon.