Oldham Athletic are thrilled to announce that Benny Couto has put pen-to-paper on a three-year deal with the club.

The highly-rated youngster made his professional debut against fellow Sky Bet League Two outfit Salford City in the Papa John’s Trophy and played a major role in the victory as well as keeping a clean sheet, showing maturity beyond his years.

Couto, an attack-minded defender, particularly impressed the Latics faithful in the local derby at Spotland, keeping another clean sheet and having a vital involvement in Davis Keillor-Dunn’s spectacular goal. 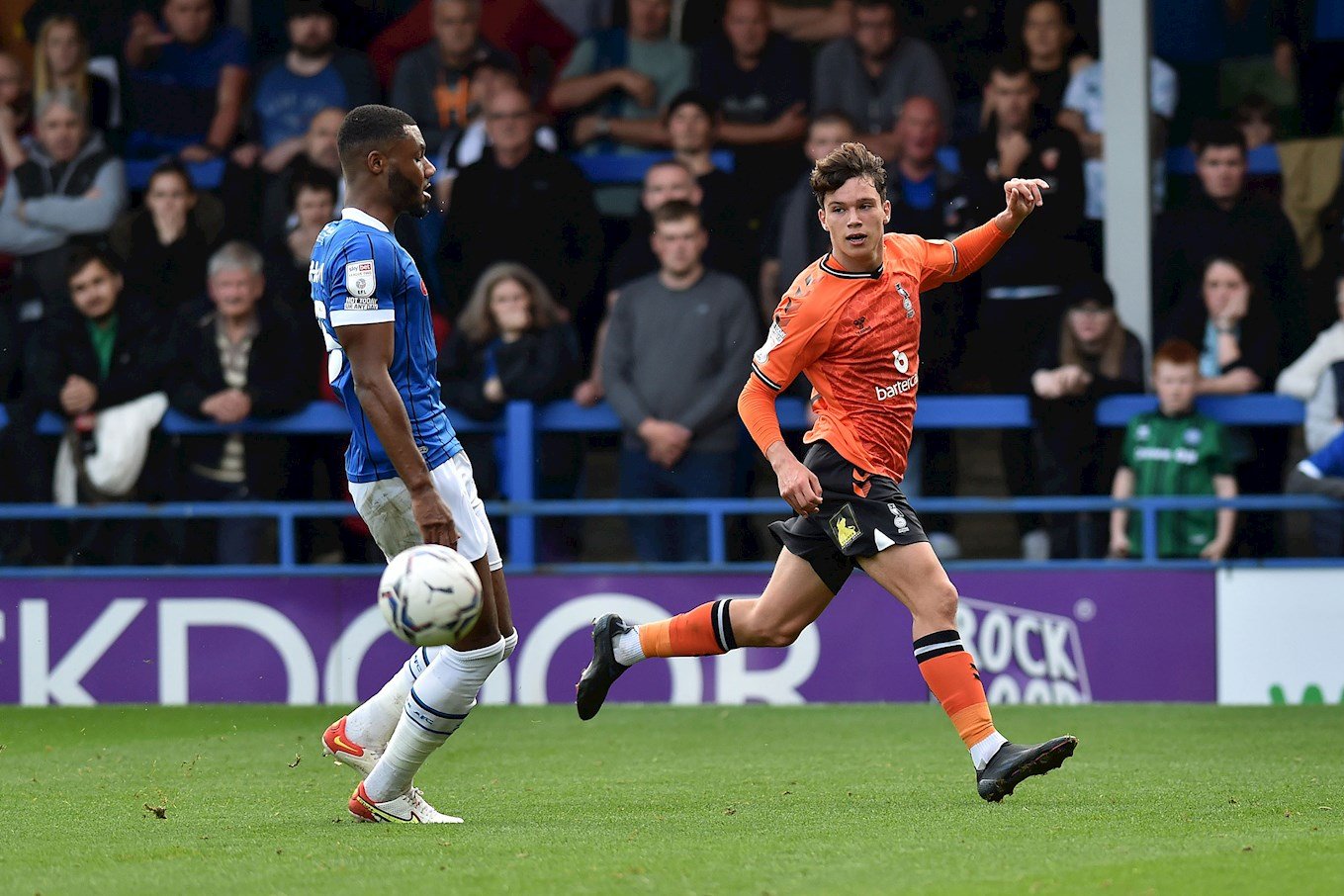 Born in Portugal, the left-back consistently illustrated his ability whilst representing the Youth Team at Boundary Park and, interestingly, scored several penalties before his call-up to the senior side in August 2021.

On signing his new deal with the club keeping him at the club until 2024, the 18-year-old said; "It’s a dream come true to sign a professional contract and it's a very proud day for my family and friends.

"I’m buzzing that I’ve been given an opportunity in the first team and that the gaffer has shown faith in myself. I just want to thank everyone for their support to get me to this point.

"I think that I’ve performed well, so hopefully I can keep it up and become a regular."

Whilst Head Coach Keith Curle is delighted to see another second-year scholar make the step up into the professional game; "I've seen Benny mature over the summer and he's a real asset to the team. He's taken his chance and it was only right we showed real faith in his ability as the current crop of youngsters making their way through are a real credit to the football club and its supporters.

"He follows in the footsteps of the likes of Junior, Vani, Will and Harry who have all adapted well to our training and playing methods and as a club we're excited to see their continued development over the coming season."

With Interim Head of Academy, Conor Marlin adding; "Benny’s development has been a really positive in many ways, firstly with our Head of Recruitment Paul Ogden identifying him at U16 and the potential to convert him to a left back and then our coaching team to teach him the game.

"Ultimately his attitude and desire to be successful has seen him progress very well over the last few months and now he looks the part in our first team and we hope he will have a bright future in the game."