Latics are back in Papa John’s Trophy action as Keith Curle’s side take on Leeds United U21’s at Boundary Park and the Head Coach provided his thoughts ahead of the match.

Over the past week, his side have managed to pick up four points and kept two clean sheets in the league alongside excellent away support, with the gaffer eager to witness more of the outstanding backing that our fans have produced.

"It's been a rollercoaster of a week, drawing a game, being turned over by Brentford and then a fantastic result and performance away at Rochdale aligned with the travelling fans we had as well.

"The performance and reaction from the players combined with the participation from the fans made for a very good day and gives us a platform to build on going forwards." He commented.

"I know that the support is there, I've seen glimpses of it away at Sutton and at home against Tranmere Rovers in the Carabao Cup, especially behind the goal that game. It's one of the main reasons that I came to the football club because I know that there's a passion here with excellent travelling support.

"We know that if we can put in the performances at home then we will bring the supporters back to Boundary Park and the focus will be on what we're trying to do on the pitch."

Several academy products have flourished in the first team and Curle hinted that this competition gives them a platform to experience more vital minutes on the pitch.

"It's one thing that we've always got our eye on because the pathway from younger players is vital for this football club.

"It's important that when they do get the opportunity to come and train with us that they do enough to impress to earn a spot in the starting XI." He added. 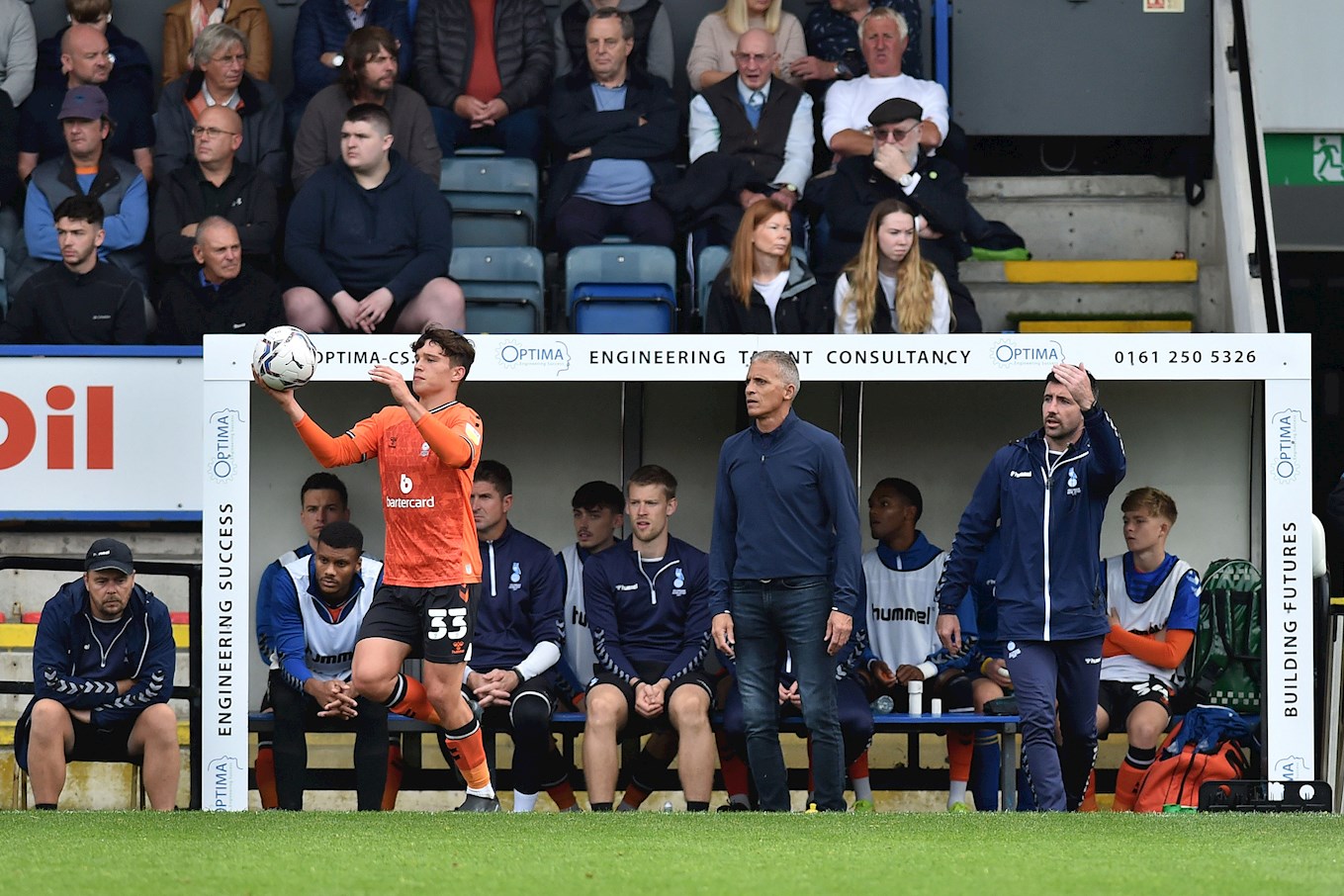 "Myself and the rest of the coaching staff have, once again, shown that we're not scared to give young players the opportunity, but they’ve got to earn it."

The opposition in a young Leeds side has showcased their quality under the stewardship of Head Coach Mark Jackson with Curle complimenting the philosophy in place at Elland Road.

"Our attitude and our respect to our opponents doesn't change, we follow the exact same format that myself, Colin (West), Alan (Sheehan) and the analyst Jamie (Powell) have in place and we've conducted our research on Leeds' U21's.

"Respect in football is a massive word and we've shown the exact same respect as we would to any team in our league or playing a cup game against a team in a higher or lower division and our method and format will never change.

"They're trying to create a culture at the football club whereby throughout the levels at Leeds, they try and mirror what the first team are doing, so the training patterns will be the same as well as their attitude towards the game.

"They've got good dynamics and they like to press, and they possess high-energy, a team that can compete for 90 minutes which is very similar to what their first team is about. They have a focus on fitness, and they've got players that can express themselves within that system."

If Latics record a second victory in the group it means another go at the knockout stage with a game to spare of the Papa John’s Trophy and the Head Coach believes that's a great incentive for his players.

"We've shown that these cup competitions are important because we've had pleasing results apart from Brentford.

"I've been lucky enough to play at Wembley three times, so I know where the end result is and where the finish line is, and it does pick up momentum the further that you go.

"The early stages are an opportunity to earn finances for the football club as well which is important."