Oldham Athletic were beaten 3-2 by Leeds United U21s in the Papa John’s Trophy at Boundary Park on Tuesday night.

Keith Curle made seven changes from the side that beat Rochdale in Sky Bet League Two at the weekend. Youth Team scholars Jim Simms and Joe Edwards made the bench for the first time.

Leeds had the first chance of the game on six minutes. Summerville stole the ball from Kyle Jameson and squared it to Max Dean, his shot was blocked but fell to Sean McGurk who blasted wide from six-yards.

Lewis Bate tried his luck from range for the visitors moments later, but the England U20 international saw his effort whistle over Jayson Leutwiler’s crossbar.

Dean had a shot comfortably saved by Leutwiler on nine minutes before Latics had their first meaningful attack of the game. Dylan Fage found Jack Stobbs in space down the right, he whipped in a low cross but it was dealt with at the back post by Harvey Sutcliffe.

Stobbs was proving to be the main threat and he produced Latics’ first shot of the game on 23 minutes. He drove into the box from the right-flank but couldn’t find the target with his powerful strike.

Oldham threatened again on 27 minutes. Harrison McGahey found himself free from Stobbs’ out-swinging corner, he volleyed towards goal but it fell to Dearnley who saw his flick blocked by Sutcliffe.

Liam McCarron came close for Leeds as Amari Miller slotted him in down the left. McCarron had Dean to pull it back to in the box but went for goal himself and could only find the side netting.

Less than a minute later, Leeds created another glorious opening, Summerville nicked the ball from McGahey and cut it back to McGurk in the box but the midfielder was stretching and couldn’t make decent contact with his shot.

Another wonderful delivery from the right from Stobbs this time found the head of Vani Da Silva, he forced Kristoffer Klaesson into his first save of the game.

Leeds broke the deadlock from the penalty spot on 42 minutes. Summerville skipped past Jameson in the box, Jameson went to ground and brought Summerville down, leaving referee Andrew Kitchen no option but to point to the spot.

Summerville stepped up himself and blasted his penalty home. Leutwiler guessed the right way but the penalty was hit with power into the top corner.

The visitors started the second-half brightly and almost doubled their lead on 48 minutes when Dean was inches away from connecting with Miller’s delivery from the left, Leutwiler getting just enough on it to take it away from the onrushing Leeds forward.

The Whites did make it 2-0 on 58 minutes, Cody Drameh won the ball and played it into McGurk who got to the byline and cut the ball back, the ball deflecting into the back of the net off Latics skipper Harrison McGahey.

McGurk had another good opportunity when Stuart McKinstry delivered deep to the back post, McGurk connected with the volley but couldn’t keep it down.

Dearnley missed a great chance on 71 minutes, Jamie Bowden was screaming for the ball to be squared but Dearnley went for goal himself and dragged his shot wide.

Fage then forced Klaesson into a save, he cut inside from the left and drilled a shot from 25 yards but the Norwegian keeper got down to his right to keep it out.

Dearnley got Oldham back in the game on 78 minutes, McGahey drove forward with the ball and fizzed a great pass into Dearnley who turned in the box before coolly slotting past Klaesson.

Leeds restored their two-goal lead just two minutes later, Bate found space down the left and cut the ball back to McGurk inside the penalty area, Leutwiler made a great save down to his left to deny McGurk but the ball deflected in off Jameson for another own goal.

Miller had two efforts as Leeds pushed for a fourth, firstly he dragged a left-footed effort wide from the edge of the box and then forcing Leutwiler into a routine save down to his right after cutting inside from the left flank.

Latics kept pushing, substitute Callum Whelan had a shot from outside the box that was saved by Klaesson and the Leeds keeper was forced into action again minutes later, saving from Keillor-Dunn.

Keillor-Dunn then added a stunning second for Latics in added time but it was too little too late and Leeds took home the three points in Group B of the Papa John’s Trophy. 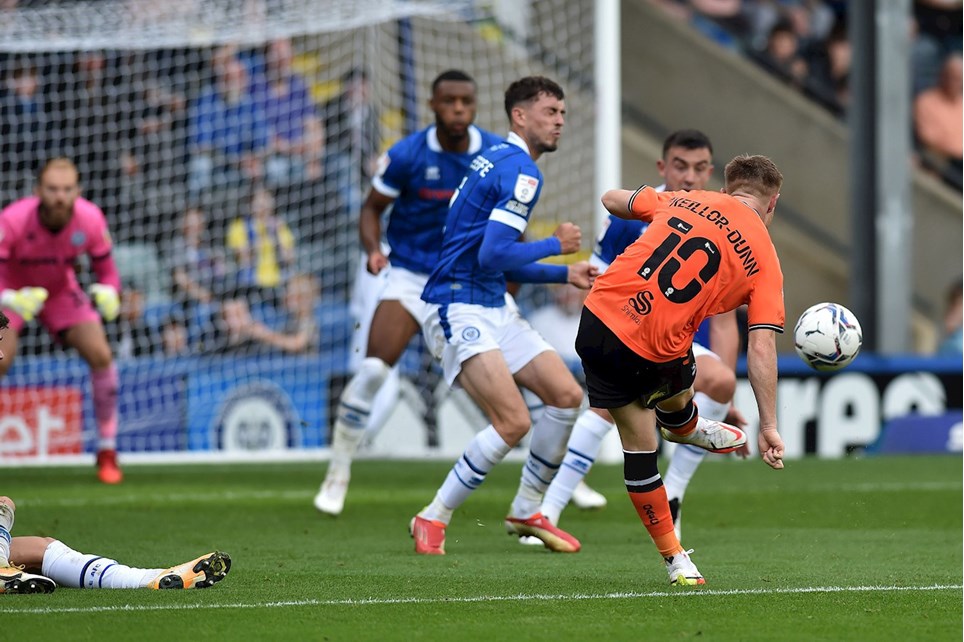 
Latics are back in Papa John’s Trophy action as Keith Curle’s side take on Leeds United U21’s at Boundary Park and the Head Coach provided his thoughts ahead of the match. 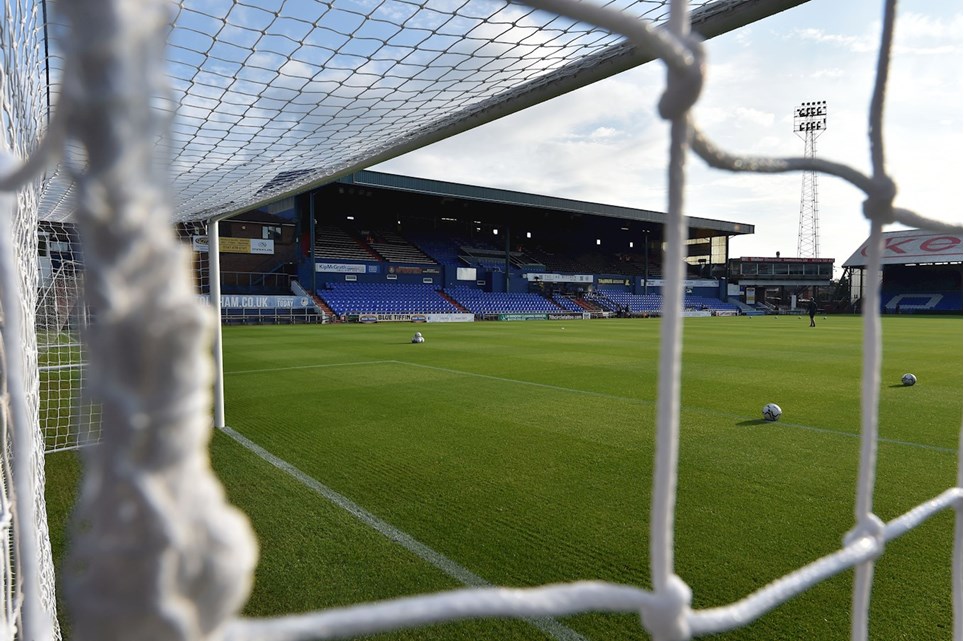 
The Academy left-back discussed an impressive debut for the first team, building on his good form so far this season. 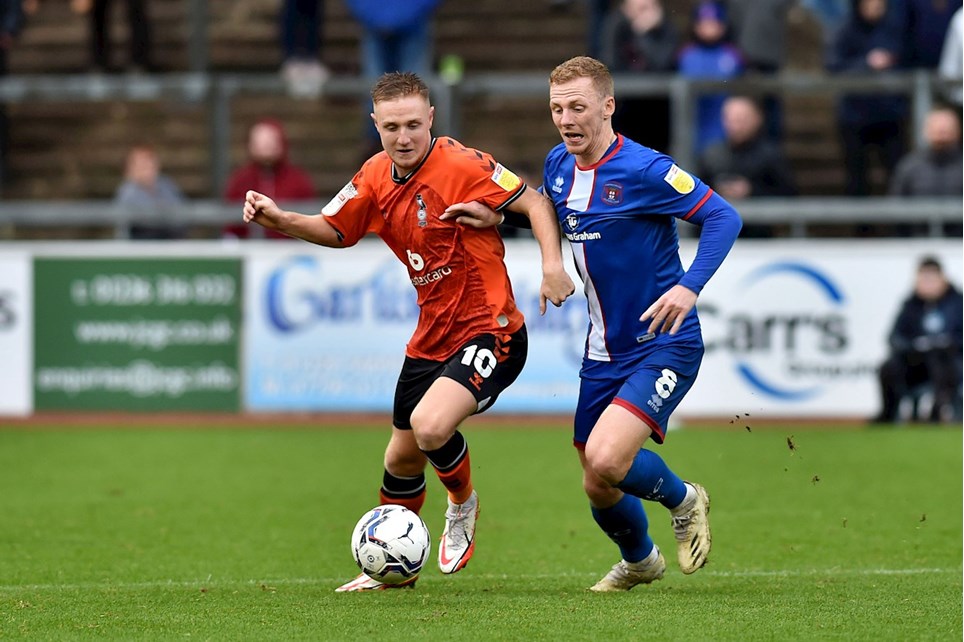 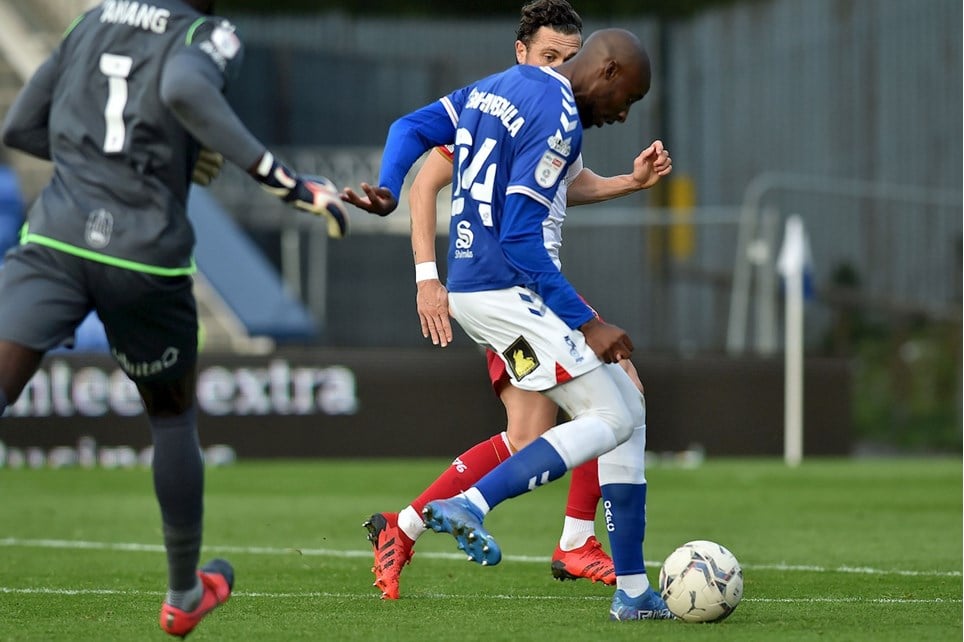