An exciting new era begins for Latics as they make the long journey South to take on Torquay United in their opening National League fixture.

Newfound positivity surrounds the curtain raiser following the long-anticipated takeover of the club which was completed in late July.

John Sheridan will be hoping his mostly newly assembled squad will be able to start as they mean to go on and start a successful promotion push to secure an immediate return to the Football League.

Sheridan will be hoping Latics are ready to go for the new campaign following no less than six pre-season kickabouts.

Latics have played a variety of sides at different levels in preparation for their maiden National League season.

A goalless draw at Bamber Bridge was followed by a home defeat to Sky Bet Championship side Wigan Athletic.

They also fell to defeats against National League North side Bradford Park Avenue and League Two outfit Mansfield Town before picking up their only win of pre-season away at Radcliffe, coming out 2-1 victors.

The pre-season action came to a close last Saturday at AFC Fylde with Latics losing out 2-1.

The hosts also had six games to try and get them up to scratch for the new season.

They enjoyed wins against Buckland Athletic, Exmouth Town, Exeter City and Truro whilst drawing with Newport County and losing heavily to Plymouth Argyle. 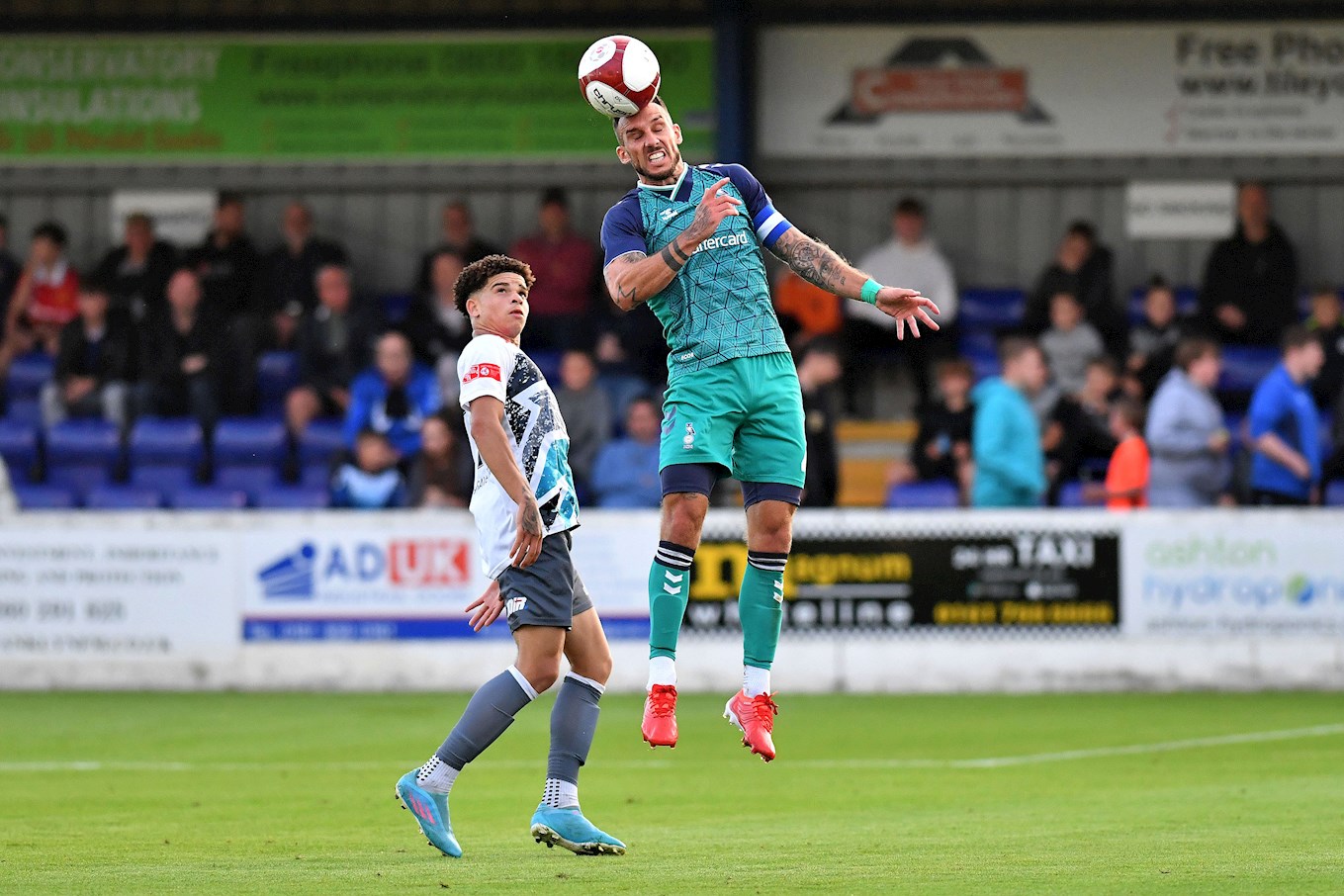 Latics know that their National League bow will not be a walk in the park as they come across an established side at this level.

Last season saw United finish 11th in the table eight points away from the final playoff spot but in the 2020/21 campaign they came close to securing a return to the Football League.

Finishing 2nd just four points away from the one and only automatic promotion spot, they would go on to lose the playoff final in the cruellest circumstances, losing out to Hartlepool United on penalties.

The Gulls have a host of new signings in a bid to boost their chances for the new campaign.

This is the first time that the two clubs have met since April 2005 and you have to go back to 1991 for the last time that Oldham got the better of their Southern counterparts.

The last time they met, David Eyres’ first half strike gave Oldham the lead at Boundary Park, but this was cancelled out by Matt Hockley in the 41st minute and Adebayo Akinfenwa scored early on in the second half to secure the points for the visitors. 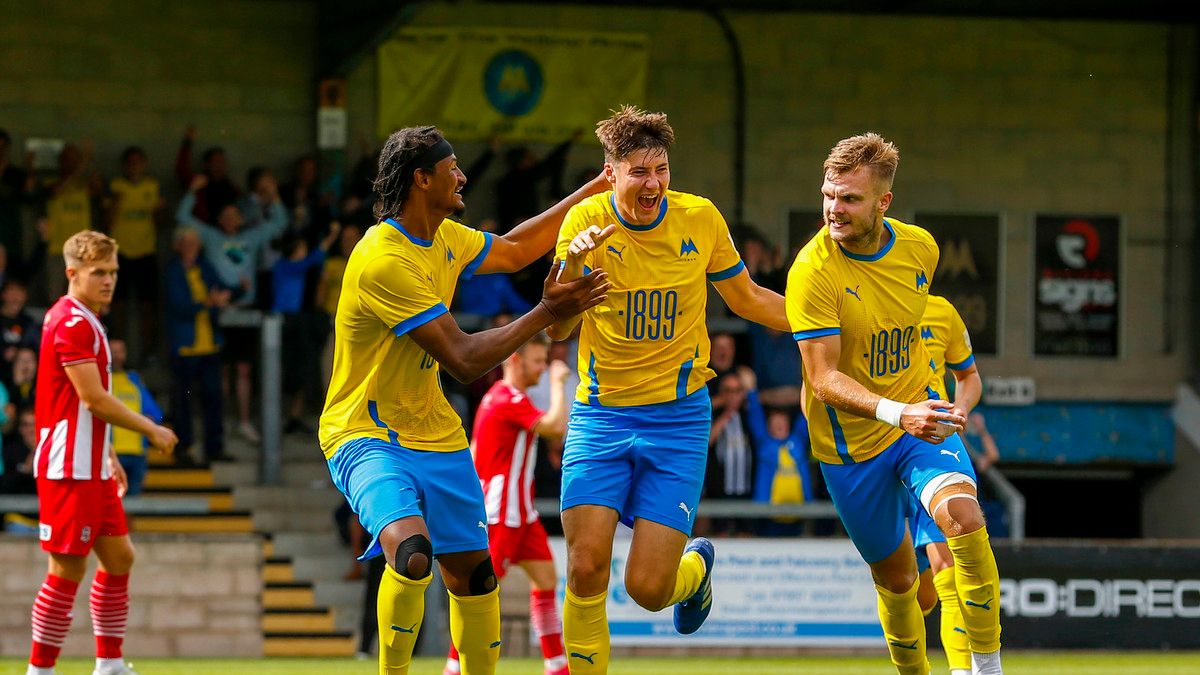 Kieron Evans has joined up with Torquay United for the 2022/23 season following a loan deal from parent club Cardiff City.

The 20-year-old is renowned as being a very promising youngster at the Bluebirds which was shown by him breaking into the first team squad at the Championship club six times last term.

This is not his first outing on loan, he spent the final part of the last campaign with Linfield FC where he contributed to helping them secure Champions League football.

He will obviously be hoping to end his spell at Plainmoor in a similar vein of success.

Gary Johnson is the man in the dugout for the hosts.

His fine work was rewarded with a new contract in July 2019.

He has spent the majority of his managerial career in the Football League with clubs such as Yeovil Town, Bristol City and Peterborough United.

Latics fans will be more familiar with Gary’s son Lee who began his managerial career at Boundary Park in 2013, making him the youngest manager in the Football League at just 31. 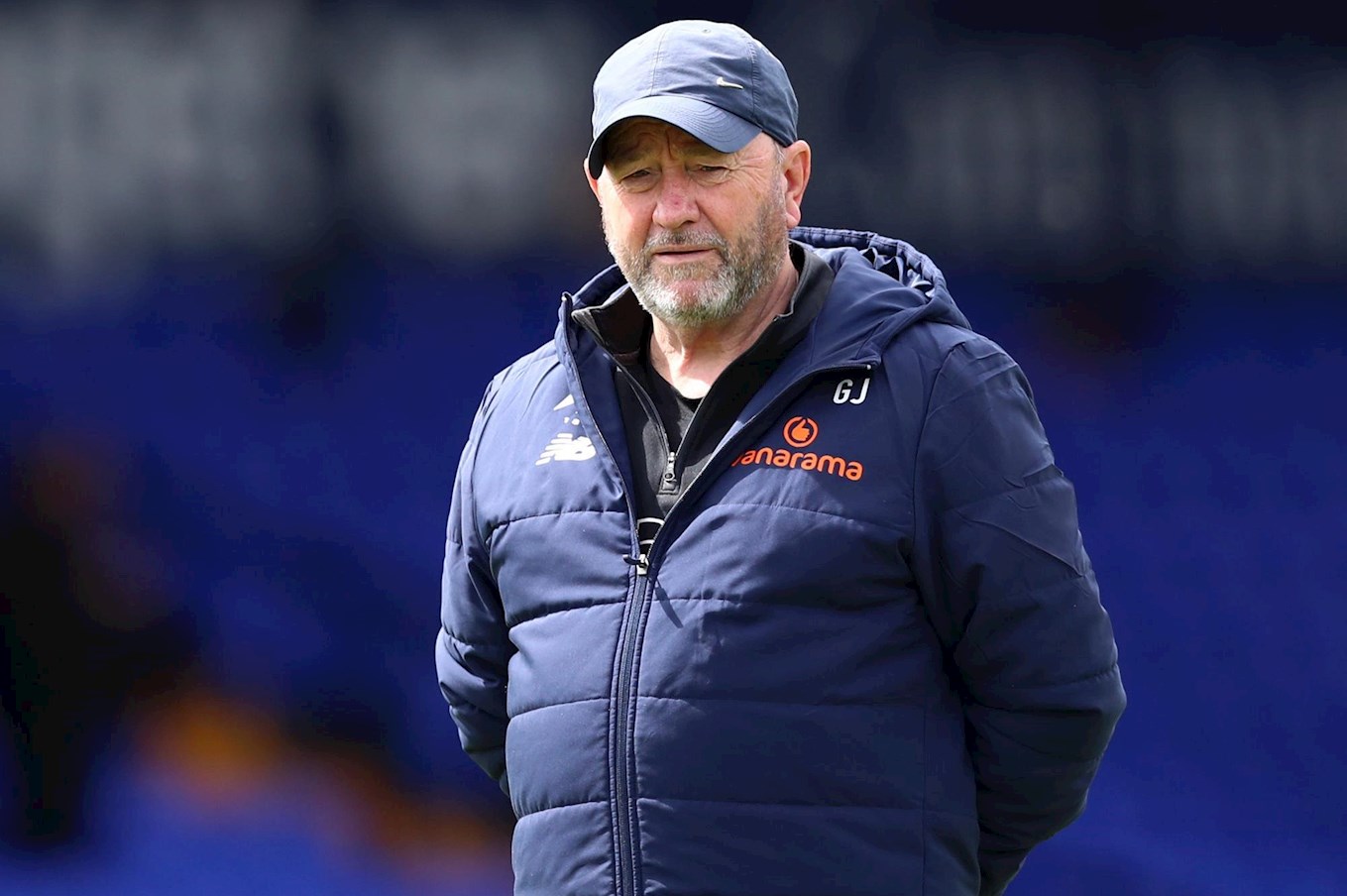 A foot in both camps

There are a few past players that have represented both Latics and Torquay in some capacity.

Firstly, former Oldham boss Keith Curle played for and also had a brief spell as manager of the Gulls.

As a player, Curle spent four months as a United player, scoring five times in 16 games before moving back to his native city to join Bristol City.

He also managed them in 2007 but was unable to prevent their relegation and did not have his contract renewed in the aftermath.

Another name that may be recognisable to both sets of supporters is Rodney Jack.

The Caribbean born striker’s first venture into English football was with Torquay. He impressed so much during his time on the South coast that Kevin Keegan tried to take him to Newcastle to join him and his team of entertainers but unfortunately for the forward, the deal fell through due to problems with his work permit.

His time spent with Latics was less successful as he struggled with injuries, barely managing to reach double figures for appearances.

The hosts have been made favourites with Sky Bet for the season opener, currently priced at 13/10.

Latics are at the more generous price of 9/5 whilst the draw can be backed at 9/4.

The man in the middle is Lee Collins.

He’ll be assisted by Sean Rothwell and Carl Peters, with Phillip Eddie as the Fourth Official.

Live audio commentary is available on Latics Player, guiding you through the match. 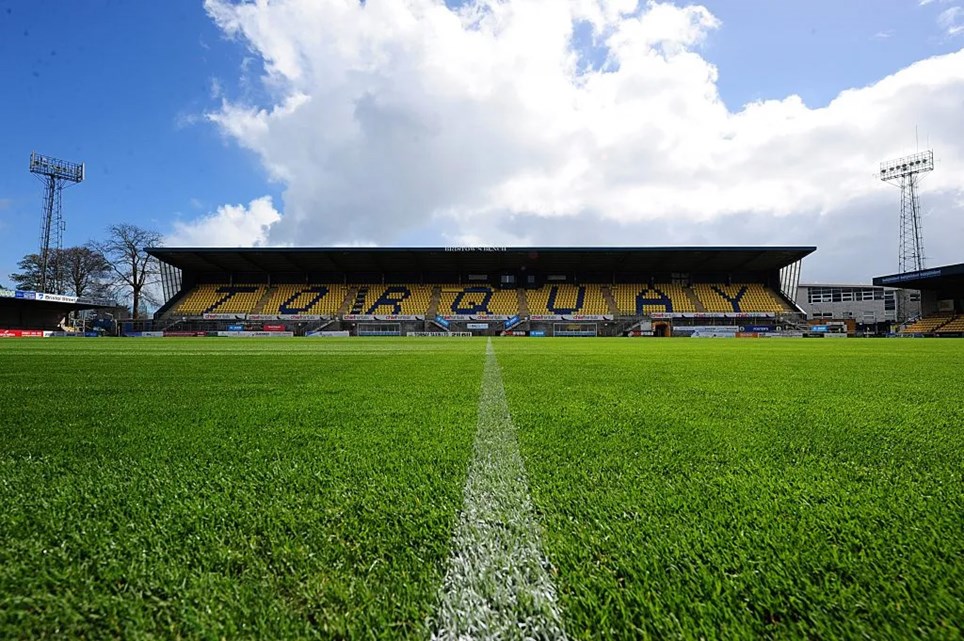 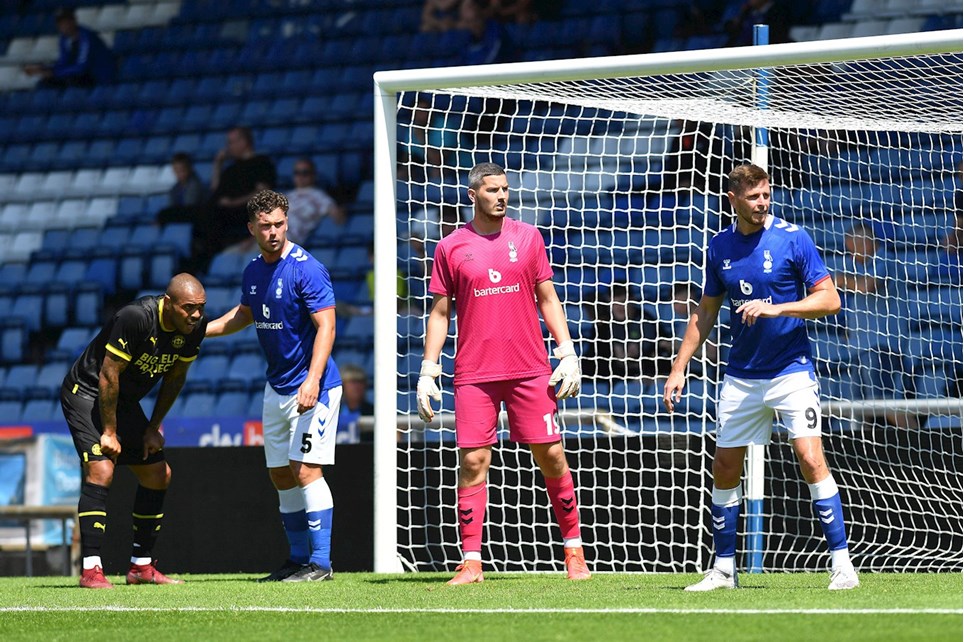 
Magnus Norman believes Latics need to aim high, but not underestimate the challenge ahead, as the squad prepares for Torquay United on Saturday. 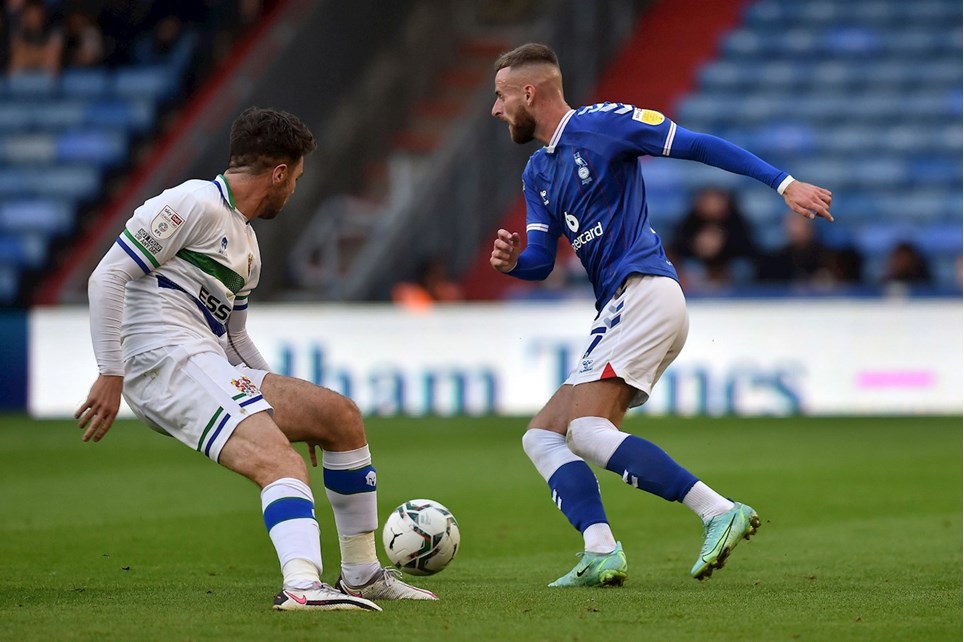 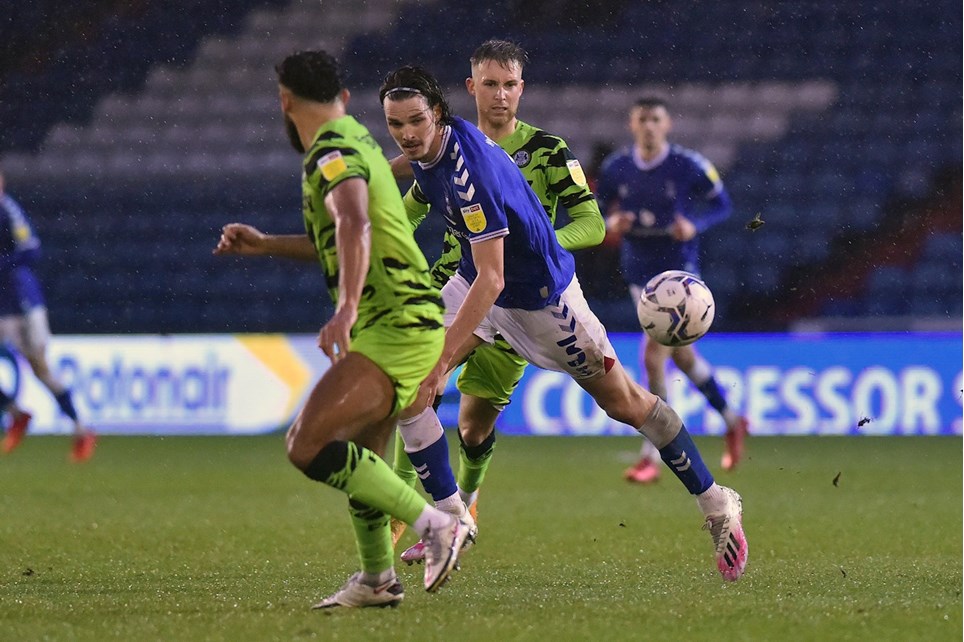