Oldham Athletic can confirm that Tope Obadeyi has returned to the club on a deal until the end of the season, subject to international clearance.

An offensive-minded individual with an abundance of pace, Obadeyi relished a stint with Latics as he became an important component in the second ‘Shezurrection’, operating anywhere across the frontline and, since the start of pre-season, has been training with Newport County which has maintained his high fitness levels.

Born in Birmingham, the forward established himself in the industry through the youth ranks at Coventry City, and then, Bolton Wanderers. Obadeyi, a hard-working character, earned three first-team appearances for the Trotters as well as enjoying loan spells at Swindon Town, Rochdale, Shrewsbury Town, Chesterfield and Rochdale again.

In June 2012, ‘Tops’ put pen-to-paper on a deal with Rio Ave, a Portuguese outfit based in the north of the country, and he went on to feature on 12 occasions which aided his development within the game. His next port of call arrived in the format of Bury before two periods at Plymouth Argyle on a loan basis.

The now 32-year-old thrived throughout his time at Kilmarnock as he, impressively, found the back of the net 12 times in over 50 appearances for Killie – demonstrating a direct and creative nature – whilst being held in high esteem by the faithful at Rugby Park.

After plying his trade at Dundee United, John Sheridan added Obadeyi to his ranks as Shez masterminded another Latics ‘Great Escape’ and the attacker proved to be an important figure within the dressing room as well as forming partnerships on the pitch with the likes of Lee Erwin, Aaron Amadi-Holloway and Chris Taylor in the final third. 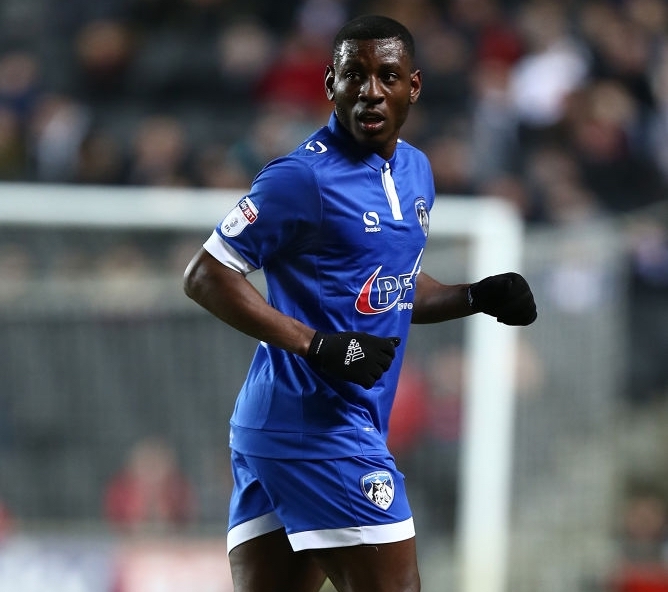 Overall, Obadeyi appeared 42 times and scored five goals whilst operating in a variety of attacking roles, and then, travelled across The Channel to France in order to join Sochaux FC in Ligue 2 – meriting a handful of appearances for the Les Lionceaux after a managerial change halted his game time.

Interestingly, he boasts an impeccable record for England at youth level scoring five goals in four games at U19s before netting once in two outings at U20s.

Another Sheridan signing, he believes that Obadeyi will add a new dynamic to the squad ahead of a busy schedule, as he said; "Tope's been keeping fit at Newport earlier in the season after a difficult period for everyone over the last 18 months with limited football.

"He’s a good player and a good character though and as soon as I had the chance to bring him in and have him around the squad it was a no-brainer, especially the situation the club’s in at the moment and how we need to be more attack-minded.

"This will be the fourth time that we’ve worked together, so I’ll get the best out of him and hopefully he'll add a few goals as well. But one thing the fans can rely on is he will give it his all when out there and to be fair to him he's ready to play."

Obadeyi has been assigned #30 again and his selection is dependent on international clearance with his last active club being in France.

Welcome back to Latics, Tope!