Latics welcome Bristol Rovers to the turf of Boundary Park, and the Head Coach provided his pre-match thoughts ahead of the Sky Bet League Two encounter this evening (7:45pm KO).

After picking up a gigantic three points at the weekend, John Sheridan acknowledges that the victory was much-welcomed and believes that it gives the players a platform to build on going forward.

“In the circumstances, and with the meaning of the game, it was a massive win, especially, to get the three points against a team that is down there near the bottom of the league with ourselves, so it was a massive boost for us to come out with a strong performance and win the game in front of an electric away end.

“It’s given a solid foundation to build on with games coming thick and fast, and to add to this, it’s added confidence to the squad which is always vital in our situation.”

Impressively, Latics have earned back-to-back clean sheets since Shez’s return, and the gaffer alludes to the work undertaken on the training ground in order to build defensive solidity.

“I’ve just told them to work hard, and we’ve been working on keeping our shape as well as staying in games as long as we possibly can. I'm not just talking about the ‘keeper and the back four because it starts from the front, so I’ve put an emphasis on keeping our shape out of possession and we should make life as difficult as possible for the opposition. 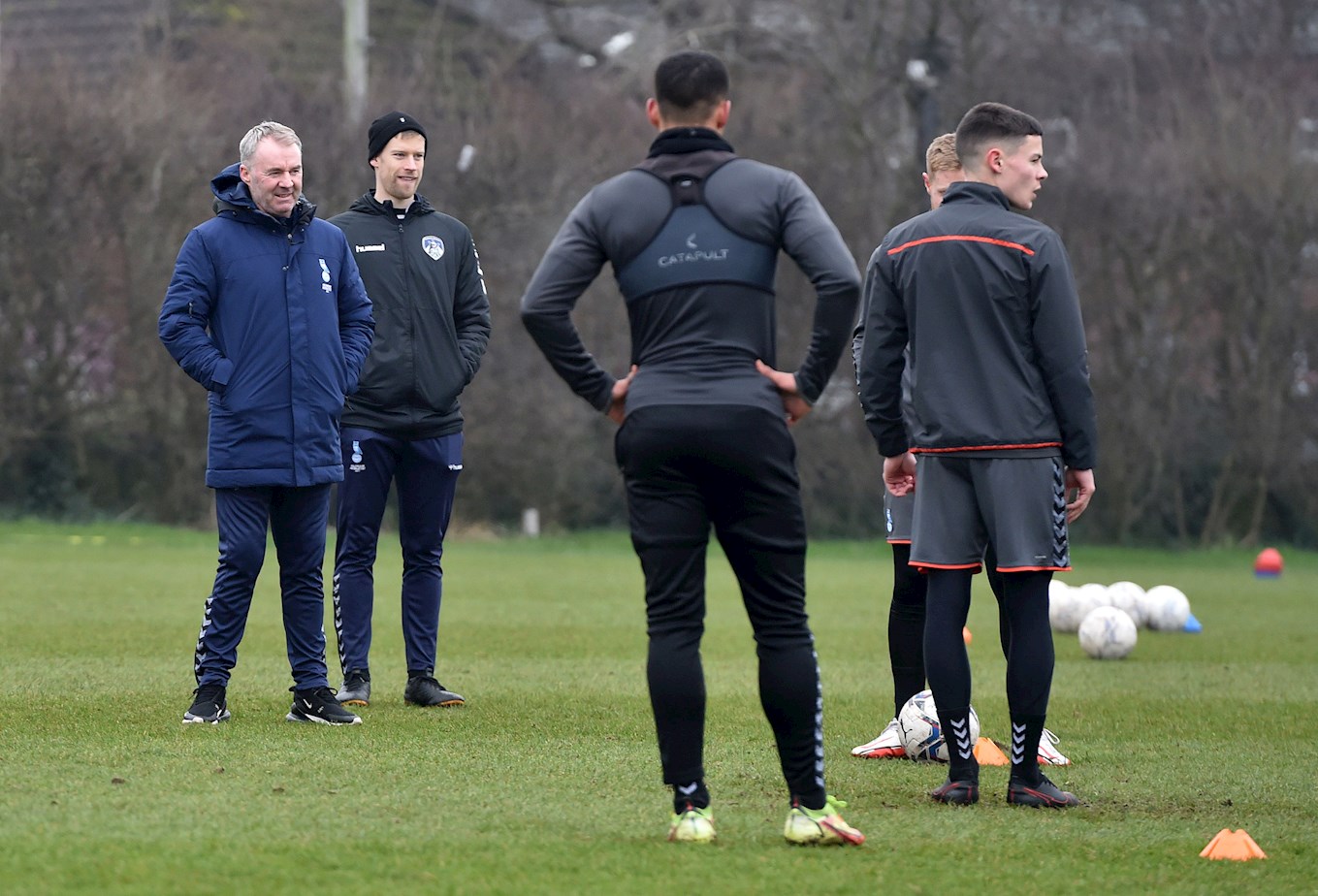 “It's okay when the other team have possession if they're not creating chances, and I don't think over the two games that the opposition has created too much against us. But we've got to keep our shape and the balance of the team and we've shown that in the two games, but there’s still a long, long way to go yet.”

The Head Coach delivered an update on the recent injury news, and then, discussed the depth of options in the final third as Tope Obadeyi and Mike Fondop showcased their influence on the pitch against Scunthorpe United.

“I want everyone fit and available in order to give me a headache in my team selection because the more bodies available gives us more depth and we’ll have options to impact matches.

“The fitness of the squad is looking alright. When you play Saturday and Tuesday, it’s just about making sure that if you’re a bit sore, then get rest because it’s much more beneficial in recovery. So, it’s been a light session on Monday, watched a video on the visitors and, we’ll then continue to prepare for a game against a really strong and good team in Bristol Rovers.

“Regarding Mike’s (Fondop) injury, it’s just a routine head injury, he had stitches, and he’ll miss the game as a result of the rules surrounding concussion protocol which is understandable for his safety, we just have to be careful and make sure that he’s okay. I’ve spoken to Mike, and he's fine himself, so it’s just a procedure because it's a head injury.” He commented.

“With Mike (Fondop) and Tope (Obadeyi) coming in, it just gives us a bit more attacking wise in terms of physicality and pace. Hallam (Hope) will be back next week and, obviously, adding Junior (Luamba), Dylan (Bahamboula) and Davis (Keillor-Dunn), we've got options up there at the top end of the pitch.

“I’m not bothered who scores the goals, we just need to find the back of the net as we need to win the game against Bristol Rovers, and then, the following fixtures in our schedule. Whether it’s one-nil or three-nil, I’m not bothered as long as we win. We’ve picked up a good habit at the other end as we're keeping clean sheets, so as a team we've done well so far.”

The Gas, remarkably, enter the fixture without tasting defeat since November 2021, and Shez is well aware of the threat that Joey Barton’s outfit pose. 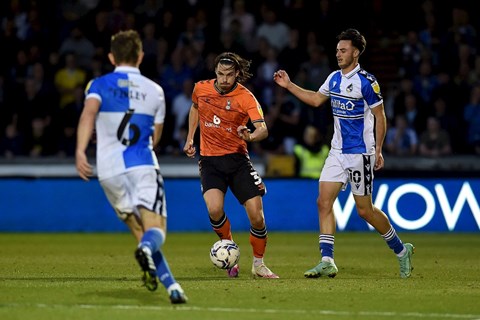 “They’re a very good and experienced team, and they’ve got some good players and some of them have played under me, for example, Aaron Collins, I've always liked because he’s nice and bright around the penalty area.

“I like Joey (Barton), I think that they’ve got a strong team and I witnessed them against Scunthorpe a couple of weeks ago, they were a strong outfit, so I'm expecting a tough game.”

Although, Shez remains adamant that he’s still focusing on his own team whilst preparing for the fixture as well as reiterating the fact that anyone can beat anyone in this division which is something that he’s instilling into the players’ mindset.

“I've told them again in the morning. I think that if we play and perform, we can beat anyone in this league which they’ve shown on a couple of occasions even before I arrived back at the club, so we've got to have that belief that we're going to win every game.

"If you've got that belief and that thought process before every match, then it’ll hopefully stand you in good stead.”