This week the club received a letter of thanks from Lieutenant Pigeon after Latics fans showed their support by helping fundraise for a blue plaque.

Formed in Coventry (1972), Lieutenant Pigeon, became prominent within the music industry immediately, releasing their debut album 'Mouldy Old Music' a year later with the hit song 'Mouldy Old Dough' reaching the UK as number one as well as becoming the second biggest-selling single of the year.

On Friday 18 February 2022, a blue plaque was unveiled upon the house in which 'Mouldy Old Dough' was recorded after £700 was generously raised by the public with Latics fans playing a big role in hitting the target. 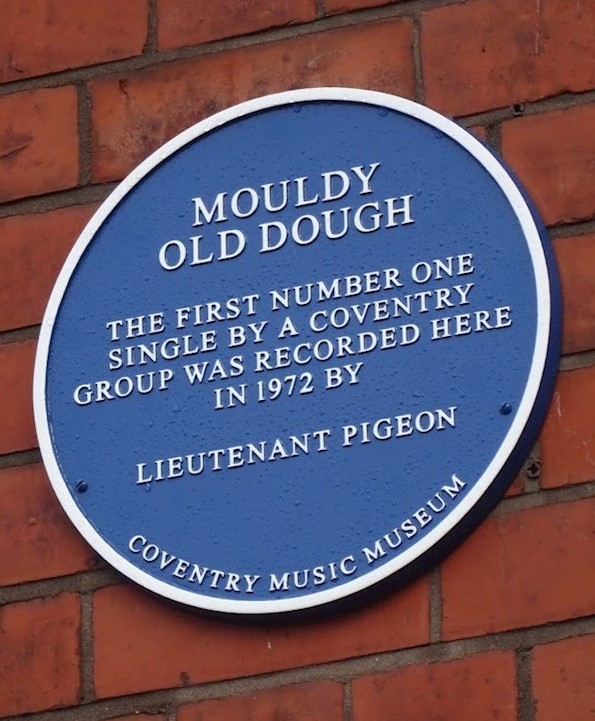 After 'Mouldy Old Dough' was released in February 1972, it instantly found itself a home at Boundary Park, and as a result, a special bond formed with the supporters.

Players to this day continue to enter the pitch with the song being played through the PA system. After a brief change, it rightfully returned and is enjoyed from generation to generation as a tribute to Latics' proud history as a football club.

A quick personal note of thanks for your support for the blue plaque dedicated to our band Lieutenant Pigeon which we unveiled on Friday Feb 18th. This ceremony, plus the opening of the '50 Years of Mouldy Old Dough' exhibition at the Coventry Music Museum, was featured on both the ITV and BBC local news last Friday. The ITV programme showed shots of Oldham Athletic, I'm sure you could see it on catch up TV.

Sadly, Steve Johnson and Hilda Woodward of the band are no longer with us, but myself and Rob Woodward are continuing to fly the flag and have carried on recording. Both Rob and I would like to thank you on behalf of us all.

If you’re of a certain age it may be a bit scary to know that Mouldy Old Dough by Lieutenant Pigeon was released half a century ago today! I’ve spent the day in Coventry where a blue plaque has been unveiled by the @CovMusicM. See more on @bbcmtd at 6.30pm this evening. pic.twitter.com/1zhIsbWOC4