Oldham Athletic can confirm that Christopher Missilou has re-signed for the club on a deal initially until the end of the season.

A tireless box-to-box midfielder, Missilou rejoins Latics after enjoying a two-year stint with the club from July 2018 until July 2020.

The 29-year-old began his well-travelled career at his hometown side, AJ Auxerre, and he became a vital asset to their B team. During a three-year stint at Les Diplomates, the defensive-minded player featured on 80 occasions and scored six goals as he forged a pathway for himself to progress into the first team.

In the 2016/17 campaign, he enjoyed his most productive time at a club across the Channel as he became an established figure in the heart of the midfield for FC Montceau Bourgogne, netting seven times in the process.

After a brief period at Le Puy Foot, Missilou arrived in Greater Manchester and thoroughly impressed whilst on trial at Latics before putting pen-to-paper on a contract.

The Congo international occupied the middle of the park for two years in which he proved to be a vital component to the team during his 84 appearances, especially in the club's famous Emirates FA Cup victory away at Fulham. 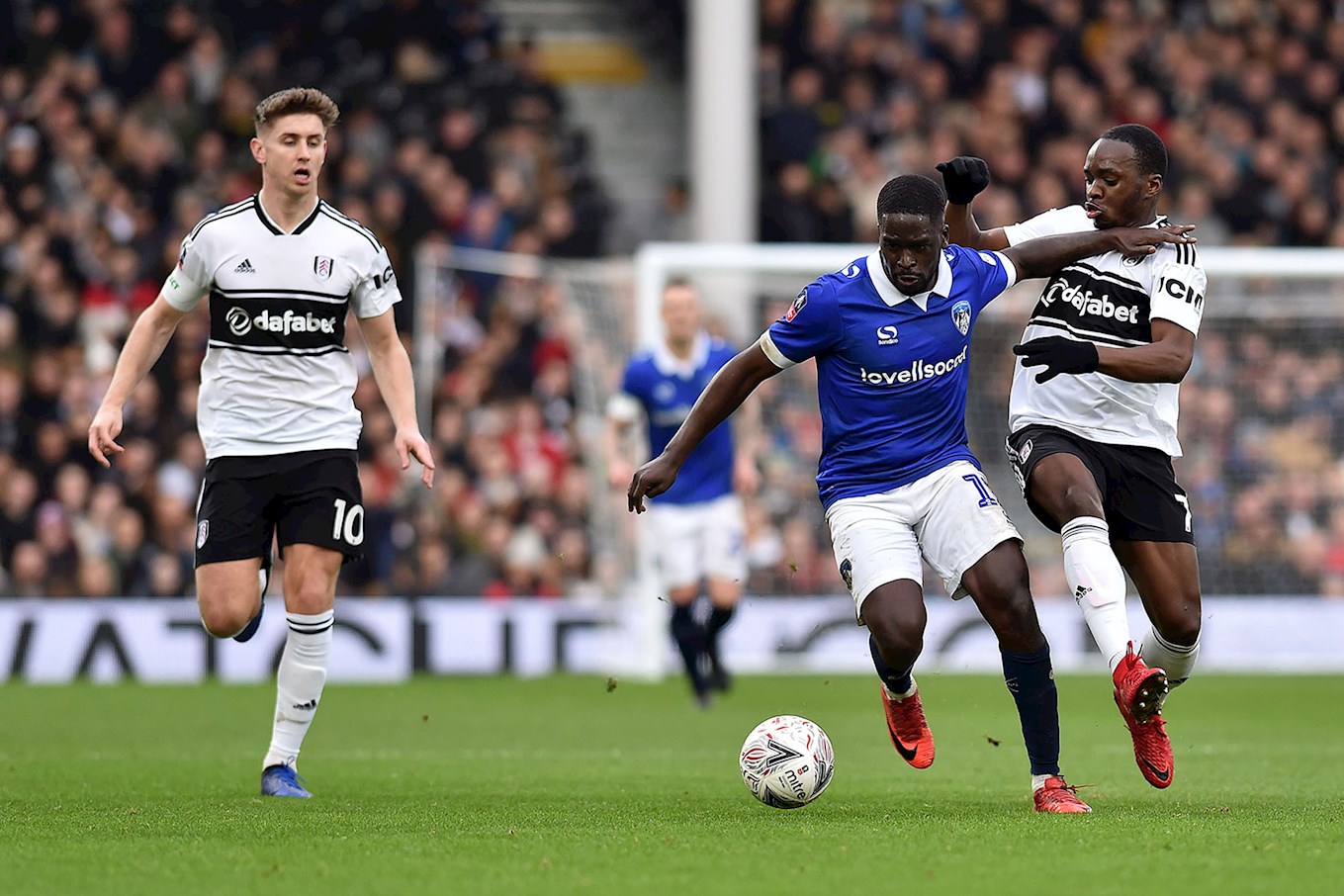 The tenacious individual joined Northampton Town whilst in Sky Bet League One before John Sheridan secured his signature for a move to Swindon Town.

Newport County made an array of signings in the summer which included Missilou, however, he struggled to become a regular in the starting XI at Rodney Parade aided by Michael Flynn’s departure from the Exiles.

The former France U18 player subsequently left the South Wales-based side in order to return to Oldham to train before earning a contract a month later.

Upon his return, Missilou said; "I'm excited to be back at the club and to get going on the field again in front of the fans.

"I really enjoyed my time here, so when I heard of the interest I knew that I wanted to return to Oldham to help and give everything for the badge."

He has been assigned a new number (#28) and will be available for selection next week.

Welcome back to Latics, Christopher!