At the weekend, Oldham Athletic were thrilled to announce that John Sheridan has returned to the club as Head Coach on a deal until the end of the season.

An iconic figure amongst the Latics supporters, ‘Shez’ has well and truly earned the reputation of a club legend after making 164 appearances in the heart of midfielder before transitioning onto the touchline to guide Oldham to the play-offs in the 2006/07 campaign.

Additionally, he produced two ‘Shezurrections’ in remarkable fashion in order to somehow keep our Sky Bet League One status back in 2016 and 2017 – similar feats that he's aiming to repeat in his fourth tenure.

Born in Stretford, began his well-respected playing career in the youth ranks at Manchester City, and then, switched to Leeds United which established himself as part of a first-team environment in July 1982. Eddie Gray, an influential character in his life, demonstrated huge faith in him as he reaped the rewards from his impressive performances, and Sheridan went on to feature on 276 occasions for the Whites, inevitably becoming idolised on the terraces of Elland Road.

Following seven years in West Yorkshire and a brief stint at Nottingham Forest, Sheridan put pen-to-paper on a deal with Sheffield Wednesday, under the renowned leadership of Ron Atkinson. Unsurprisingly, he became a vital component to the side whilst in central-midfielder with Carlton Palmer for the Owls during his seven years at Hillsborough which was highlighted by his League Cup-winning goal against Manchester United at Old Wembley.

Ironically, it was Sheridan that brought Latics’ Andy Barlow down inside the area which resulted in Neil Redfern’s notorious penalty against Wednesday to secure the Division Two title for Joe Royle’s side on the last day of the 1990/91 season.

The 57-year-old had stints at Birmingham City, Bolton Wanderers and Doncaster Rovers before joining Latics in 1998 as his romance with the club began to blossom into something special. Sheridan spent six years applying his trade on the turf at Boundary Park and, despite a knee injury, the midfielder effortlessly showcased his abundance of ability alongside the likes of David Eyres, Darren Sheridan and Les Pogliacomi. 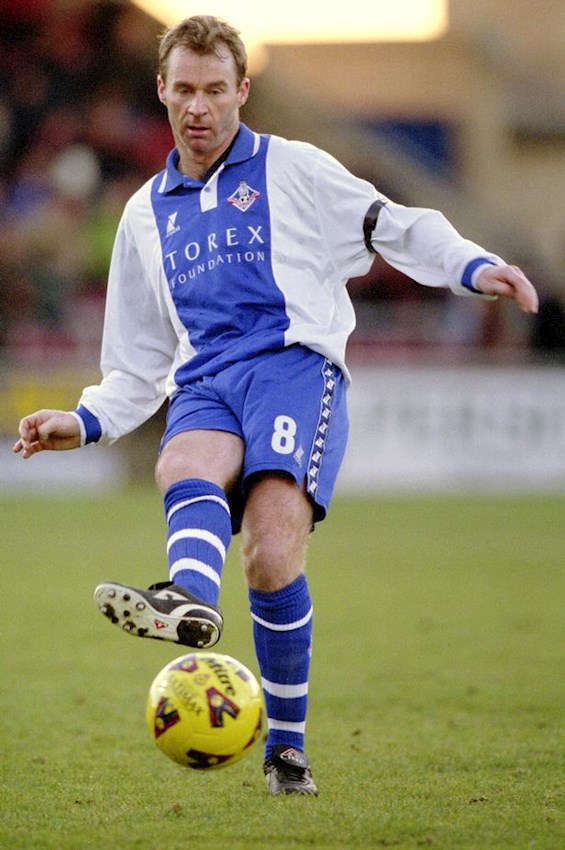 To add to this, Sheridan proudly represented the Republic of Ireland across FIFA World Cup 1990 and 1994 – altogether, he played 34 times and netted five goals in the process whilst becoming a national hero for his antics on the pitch.

After two shifts in caretaker charge of Latics, Sheridan was appointed on a permanent basis following Ronnie Moore’s departure in June 2006, and he completely thrived in the dugout while wearing his iconic Carlotti tracksuit, and he appointed Tommy Wright, a technical and productive character, as his right-hand man on the touchline. 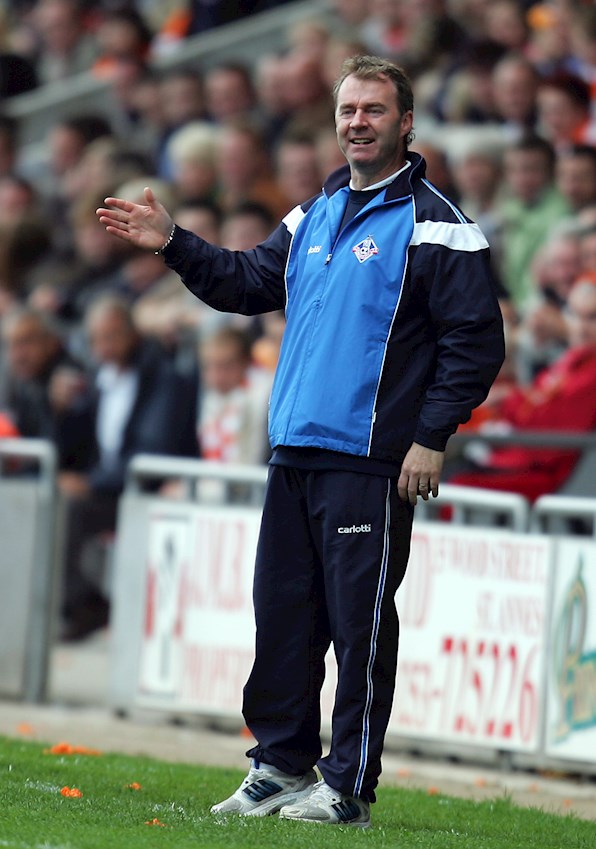 The vocal individual with a no-nonsense approach led the club to the play-offs in a thoroughly entertaining season on the field in the third-tier attracting a generation of fans to Boundary Park, however, Latics suffered heartbreak against Blackpool which prevented a well-deserved promotion.

As well, Shez led the club to a famous Emirates FA Cup triumph against Premier League outfit Everton courtesy of Gary McDonald’s stunning long-range at Goodison Park with Latics also securing a historic away victory against Leeds in the same week as Reuben Hazell thundered a volley into the top corner. 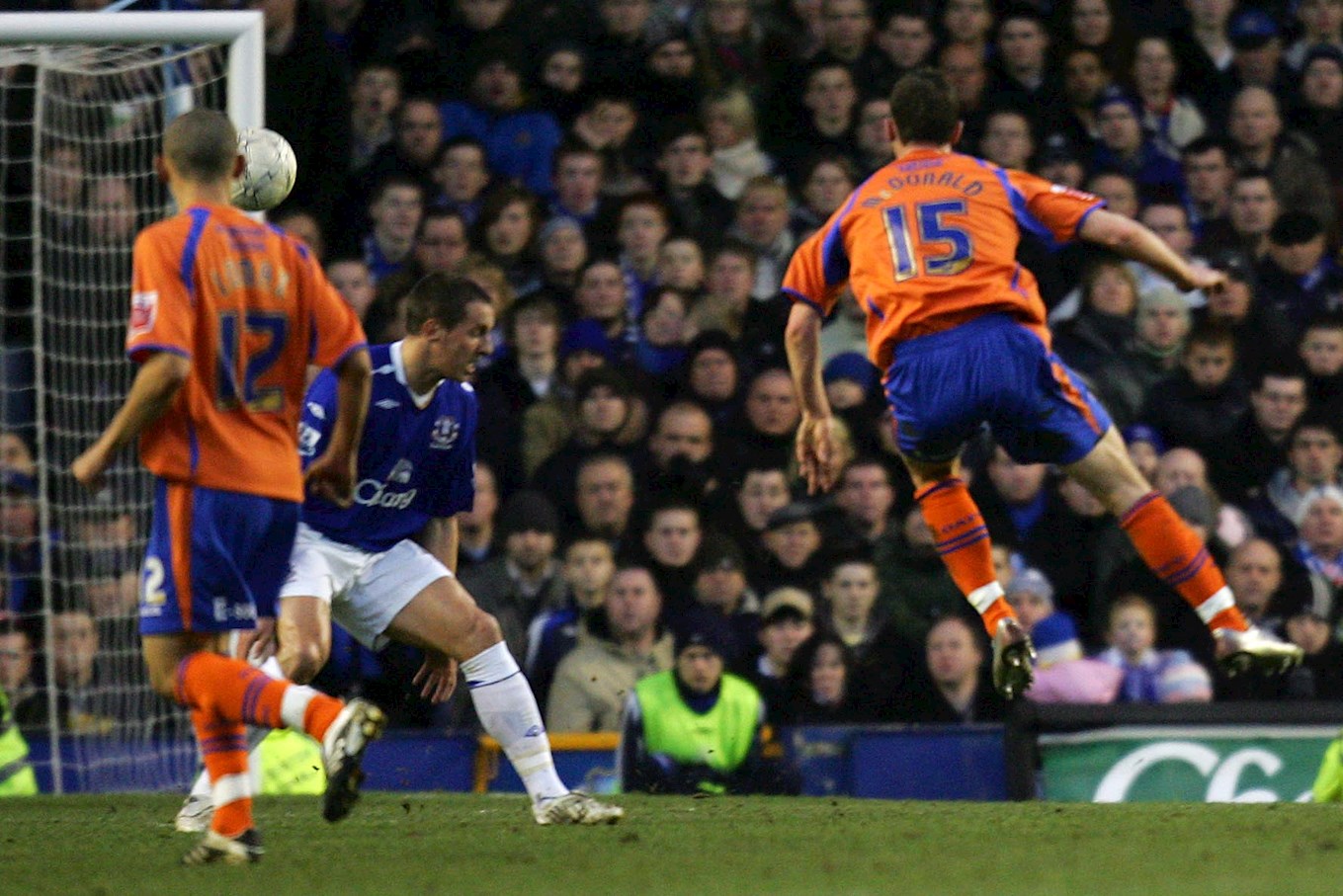 After an eighth-place finish, Sheridan worked his magic to get Oldham in a promising league position in the 2008/09 season before, unfortunately, departing the club in an abrupt manner, but his fondness for the club remained.

Sheridan, once again, illustrated his management credentials as he guided Chesterfield to the Sky Bet League Two title in 2011 whilst producing valuable assets within the team, and lifted the EFL Trophy a year later to add his personal honours list.

Then, he occupied the touchline for Plymouth Argyle and Newport County before famously agreeing to return to Latics in a Tesco café which circulated around social media – building a much-needed buzz around Greater Manchester to unite the fanbase.

After shrewd recruitment with the likes of Matty Palmer, Aaron Amadi-Holloway and Curtis Main, Shez and Peter Shirtliff instilled belief into the club which was reinforced by gathering three points against Shrewsbury Town, Gillingham and Peterborough United in quick succession upon his return. 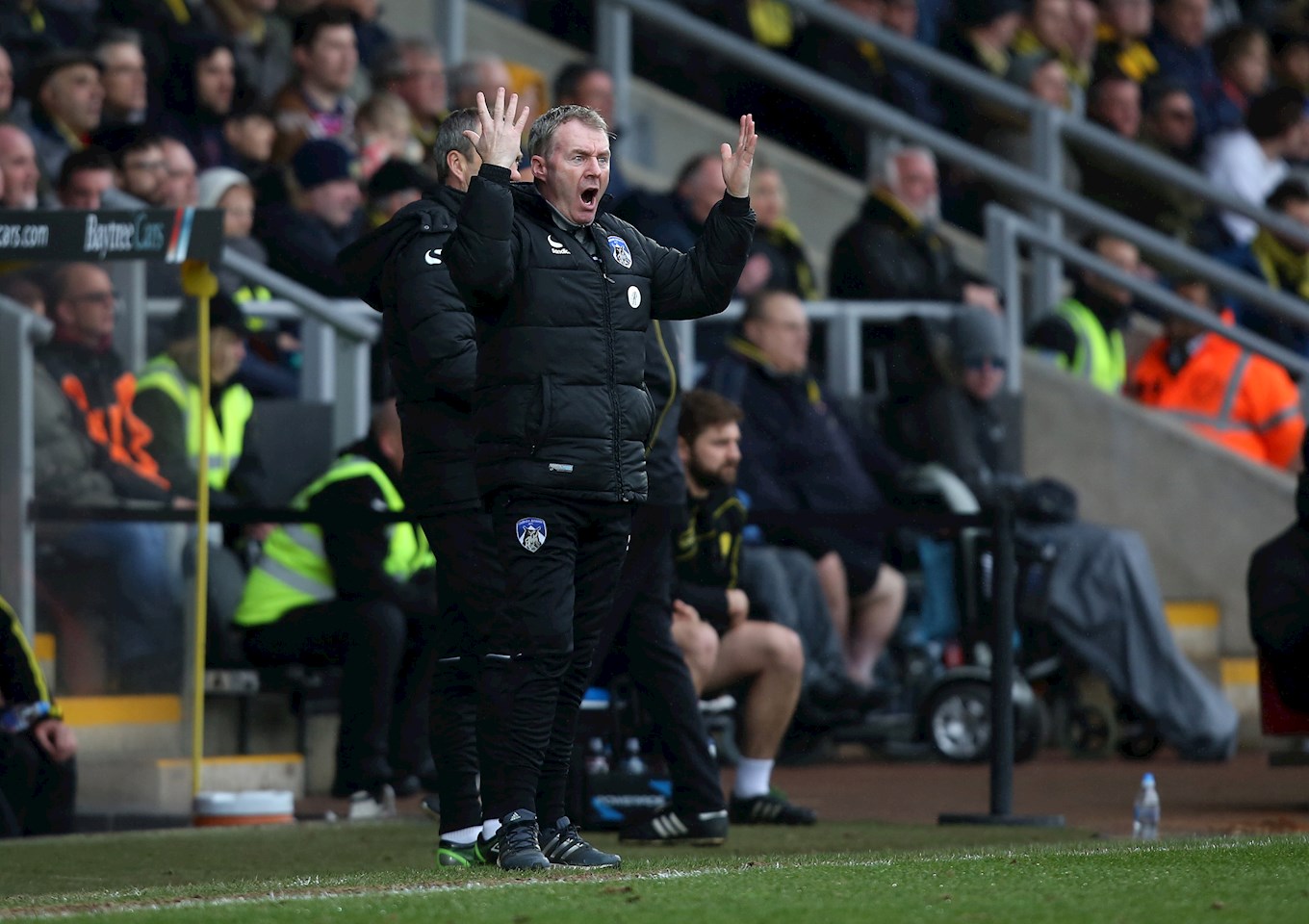 Against all odds, Shez extraordinarily steered the club to safety after a horrendous start to the 2015/16 campaign, an achievement that’s still celebrated to this day. As a result, the term ‘Shezurrection’ was coined in reference to The Stone Roses track ‘I am the Resurrection’ and his outstanding achievement.

Unfortunately, the former Leeds man opted to join Notts County to the frustration of the loyal supporters, although exactly a year to the day from his last stint, Shez returned home with a huge task on his hands – surely, he couldn’t do it again? 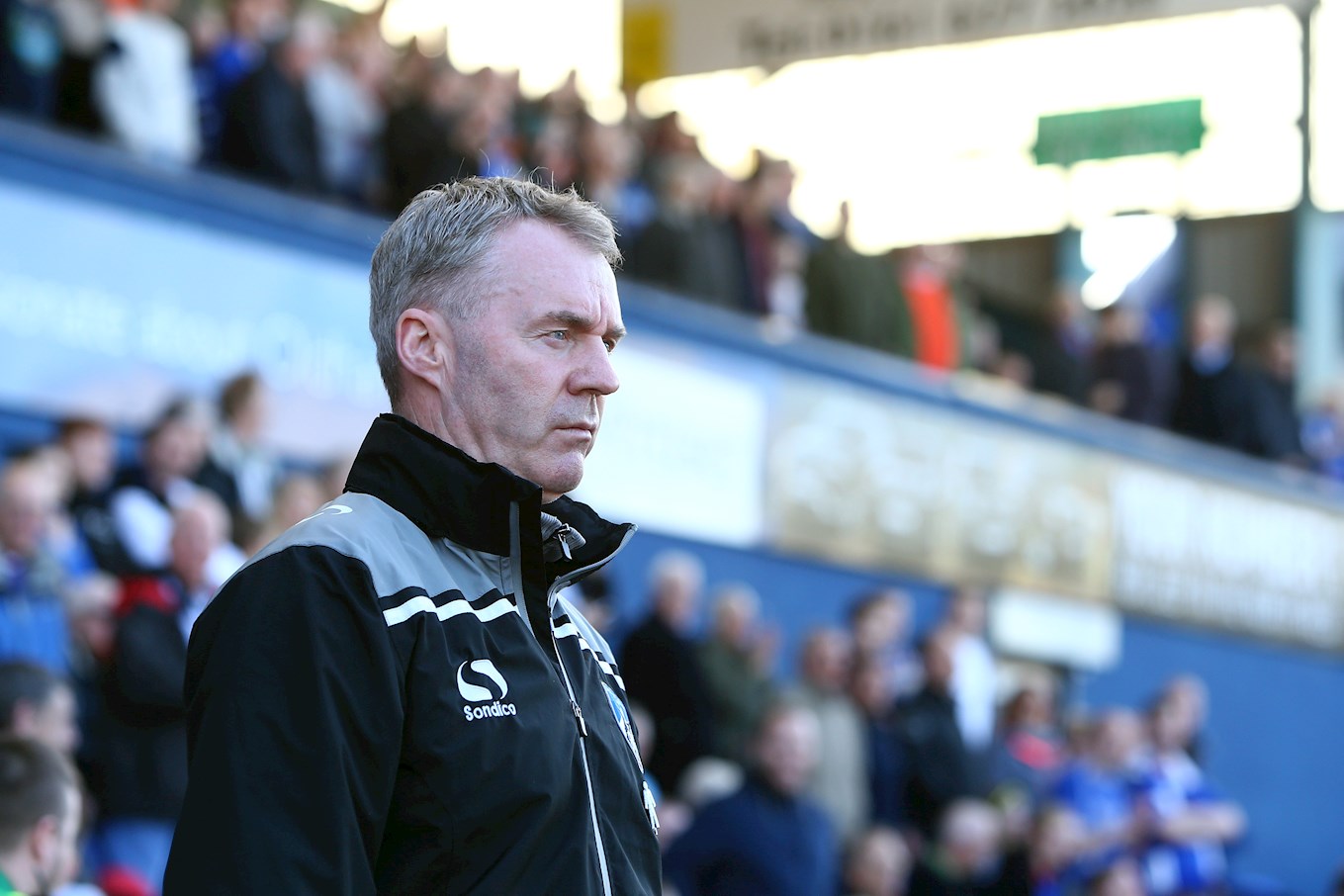 The legend of the game constructed another miracle as he led the club to safety from relegation, navigating through a near-impossible situation in Sky Bet League One. He undoubtedly created more fond memories as he managed to pick up the club’s first victory on home turf against Bolton Wanderers since April 1995 as well as THAT win at Chesterfield.

A key component to his success was building a formidable defensive unit that saw Connor Ripley equal the club’s clean sheet record – no one will forget his two penalty saves in the last minute against Millwall which embodied the spirit that Shez implemented in the changing room.

Most recently, he’s occupied the hot seat for Carlisle United, Chesterfield, Waterford, Wigan Athletic and Swindon Town before offering his services back to his beloved club in order to help keep its EFL status. 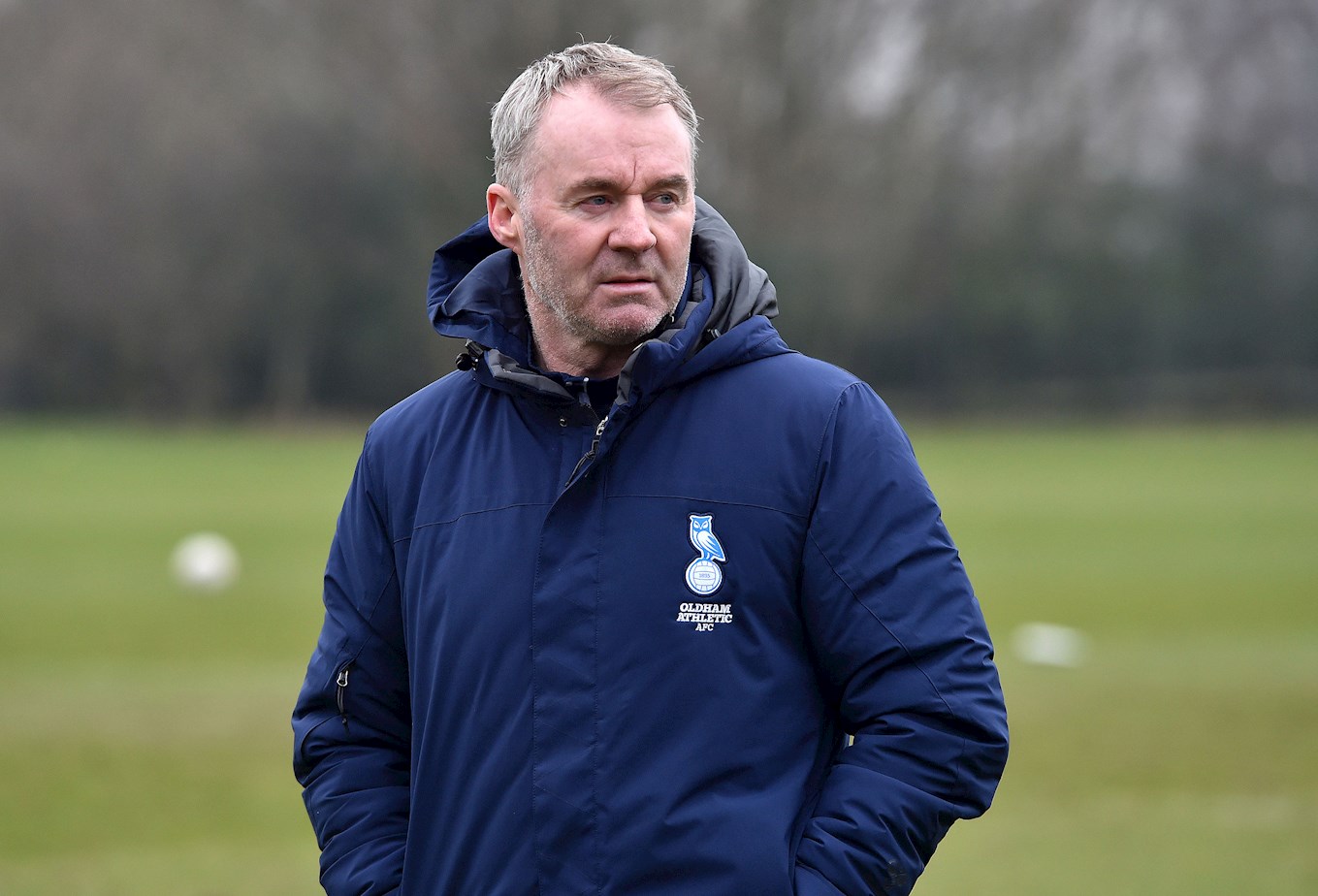 Whatever happens until now and the end of the season, Shez will always be a Latics legend and it's going to be a pulsating few months ahead for everyone involved as he adds another chapter to his story.