Oldham Athletic can confirm that Mike Fondop has put pen-to-paper on a deal until the end of the season, with the signing subject to FA and EFL approval.

A physical presence whilst leading the line, Fondop adds much-needed firepower in the final third for Latics and arrives following a brief spell at fellow Sky Bet League Two side, Hartlepool United, for the first part of the 2021/22 campaign.

Born in Cameroon, the forward began his footballing journey at Stanway Rovers in Eastern Counties League whilst he studied Actuarial Sciences at the University of Essex – ultimately graduating with a First-Class Honours Degree – and his performances on the pitch mirrored his academic progression.

During his time there, Fondop illustrated his potential, subsequently, establishing himself as one of the brightest talents in the non-league circuit which was reinforced by his ten goals in 29 appearances before securing a move to Billericay Town in 2015.

The 6'3" attacker, once again, showcased an abundance of ability sustaining his form on the field at Oxford City and Guiseley.

With FC Halifax Town fighting for survival in the National League, they acquired his services on a loan basis. Impressively, Fondop fired four goals in 12 outings to help steer the Shaymen away from relegation.

Wrexham, impressed with his antics in West Yorkshire, handed Fondop a two-year contract, and he managed to hit the ground running as he netted five goals in six appearances from the start, earning rave reviews from the Dragons’ fanbase before enduring a stint at Maidenhead United.

In August 2019, John Sheridan brought him to Chesterfield with the frontman thriving under the stewardship of the Latics legend. Imposingly, Fondop featured on 30 occasions and found the back of the net ten times, finishing as the Spireites top goalscorer.

The now 28-year-old's next port of call arrived at Aldershot Town before former gaffer, Dino Maamria, showed faith in the striker, adding him to the ranks at Burton Albion in Sky Bet League One.

Notching two goals, Fondop offered a different option to his other attack-minded teammates at the Brewers last season which proved to be a vital component in retaining their place in the third-tier. 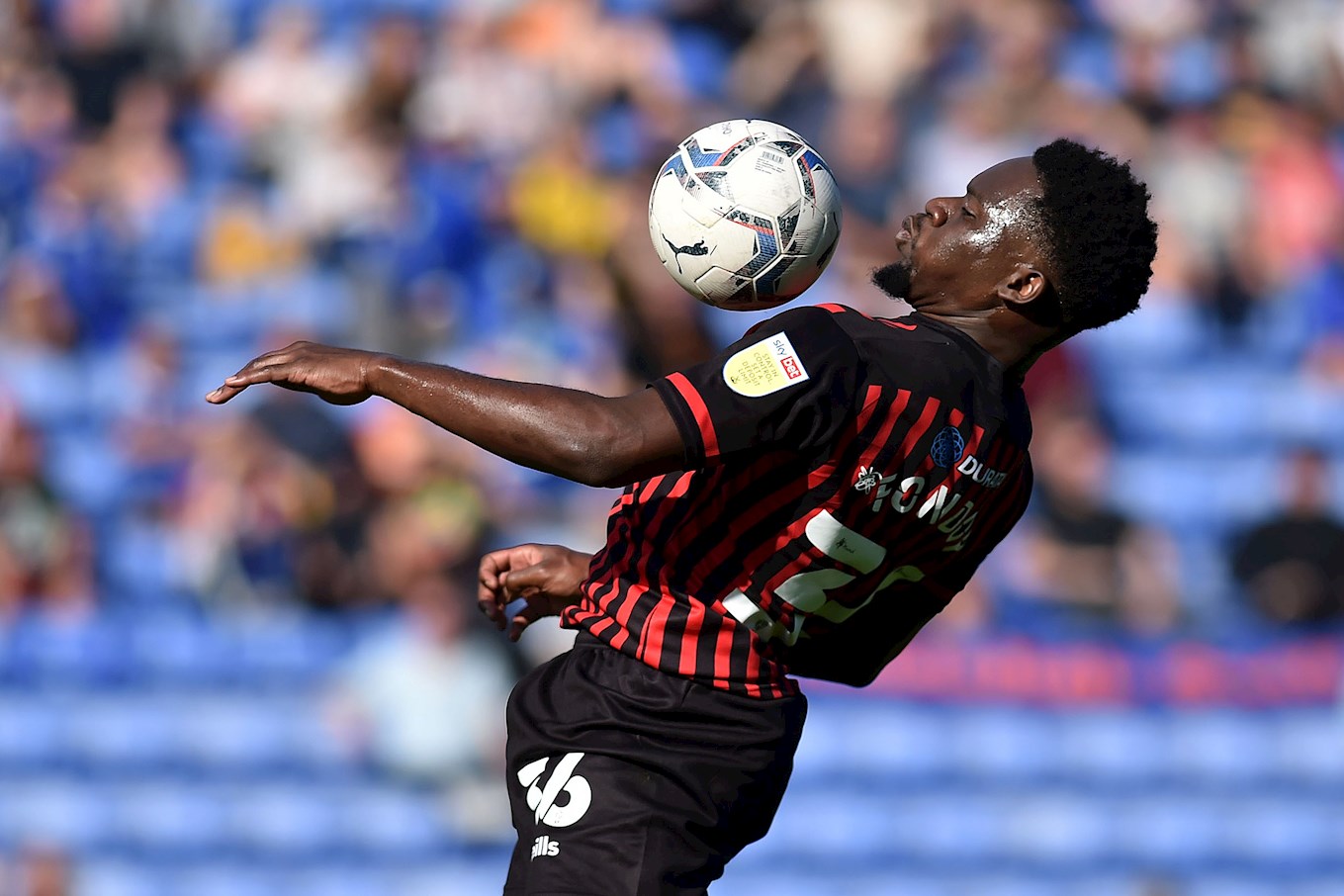 After securing the signature of Fondop again, Sheridan said; "I'm happy that we've managed to get him before the deadline. He's a big lad and can handle himself against defenders which is something that we've been in need of.

"Mike did well for me at Chesterfield, so I believe that I can get the best out of him and I know that he has the ability to score goals which will give us a boost."

Fondop has been given the vacant #11 shirt with an official iFollow Latics interview to be released towards the end of the week.