In a letter to supporters, Darren Royle provides details of the resumption of season ticket sales, together with information relating to matchday prices for the 2022/23 season.

I wanted to write to you all as soon as possible to confirm ticket prices for the coming season.

It is vitally important that we balance our key objective of supporting the club financially whilst being aware of what is going on in our community with job losses, increases in taxation and the rising cost of living impacting heavily on our loyal supporters.

While the cost of running the club has gone up substantially with inflation we wanted to shoulder as much of that burden as possible, without passing these costs onto our amazing supporters who we now need to come back in their droves.

As Frank has said, you will be our 12th and 13th players this season in what will be an incredibly important year and one in which we must restore stability both on and off the pitch.

Following a lengthy board meeting on Friday, I am pleased to confirm the following:

Following feedback from supporters, we are also extending the opening hours of the club Ticket Office and are employing more staff to help. We appreciate there have previously been access issues, with club staff restricted in their working hours.

We do urge supporters to book as early and online wherever possible to avoid delay. We understand and appreciate that online may not be an option for some supporters and urge you to visit the club ticket office as early as possible.

A full breakdown of season ticket and matchday prices, as well as Ticket Office opening times and the links to online sales, are provided below.

I am also pleased to be able to confirm that the Joe Royle Stand will be fully reopened.

The 100 Club and Executive Boxes will be reinstated, with first option being offered to those supporters who had previously purchased tickets/boxes.

Season tickets for the Family Enclosure of the Rochdale Road End will be suspended until further notice pending a review, however match tickets may be purchased at the early bird price for families wishing to attend the opening two home games.

Thank you all once again for the part you will play in making this club great again. As you know, we cannot do this without your backing and we cannot stress how important that is.

We have consulted with members of three of the fans groups and taken on board feedback wherever possible. We are in this together. Let’s make Boundary Park a fortress.

See you all soon,

The prices of season tickets for the 2022/23 season are as follows. These are applicable to seats in all three home stands at Boundary Park.

From midnight on Monday 8 August 2022

Season tickets will go back on sale from 12.00pm on Monday 1 August, both in person at the Ticket Office in the Main Stand off Furtherwood Road, as well as online.

Supporters who had a season card for the 2021/22 season and would still like to retain the same seat can do so until 11.59pm on Sunday 7 August.

If you had a season ticket for the 2021/22 season and would like to renew and keep your current seat(s), please click here. You will need to enter the ticket barcode number from your current season card that will be displayed on the back.

If you were NOT a season ticket holder in the 2021/22 season please click here.

In addition to online sales, the Ticket Office will be extending its opening hours during the next week as follows:

Season tickets which were purchased before 30 June are also now available for collection.

Any season ticket purchases now made online will be available to collect the next working day. Please bring proof of ID when collecting season cards.

Fans who initially bought a season ticket in the Joe Royle Stand but were then moved have now automatically been transferred back to their original seat in this stand.

Any supporters wanting to make alternative arrangements should contact the Ticket Office using the details below.

A reminder that season ticket holders are also entitled to 10% off merchandise bought in the Club Shop. This discount applies to in-store sales only and excludes items already on offer or subject to seperate promotions.

As detailed in the letter from Darren above, matchday prices will remain the same as for the 2021/22 season.

There will be no increase in the categories as previously advised, meaning matchday admission will be as follows:

Supporters aged 17 and 18 who originally purchased a season ticket but would now be eligable for the lower age category will be refunded the difference.

For further details on season ticket sales or any further queries about admission to games, fans can contact supporter.services@oldhamathletic.co.uk or call 0161 785 5150 to speak directly to the Ticket Office.

Full terms and conditions can be found by clicking here.

Details on hospitality for the new season will be communicated in due course. 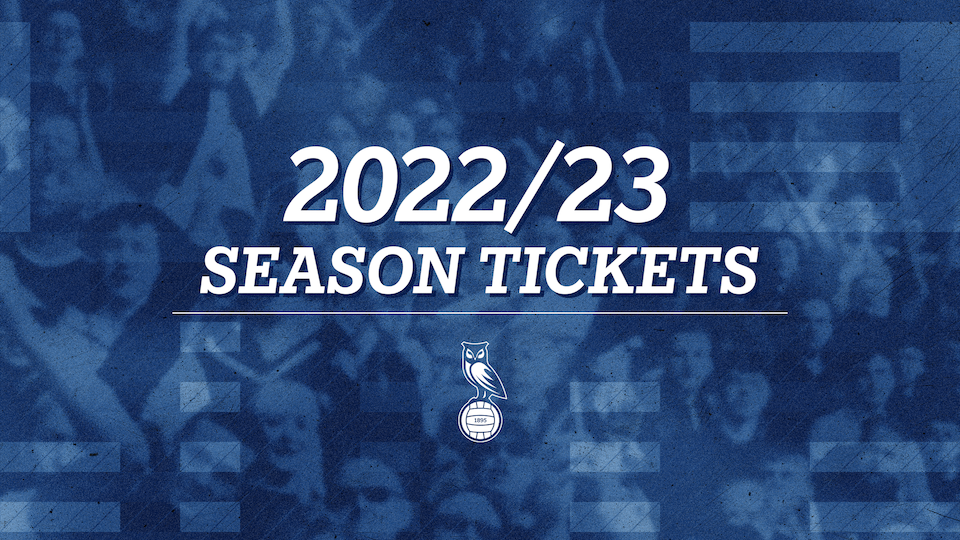 
Season tickets for the next campaign are now on sale online and in-person, with an update on matchday prices.


Make sure you buy your tickets for tonight’s Golden Goal lottery, as you could win £1,000 again! 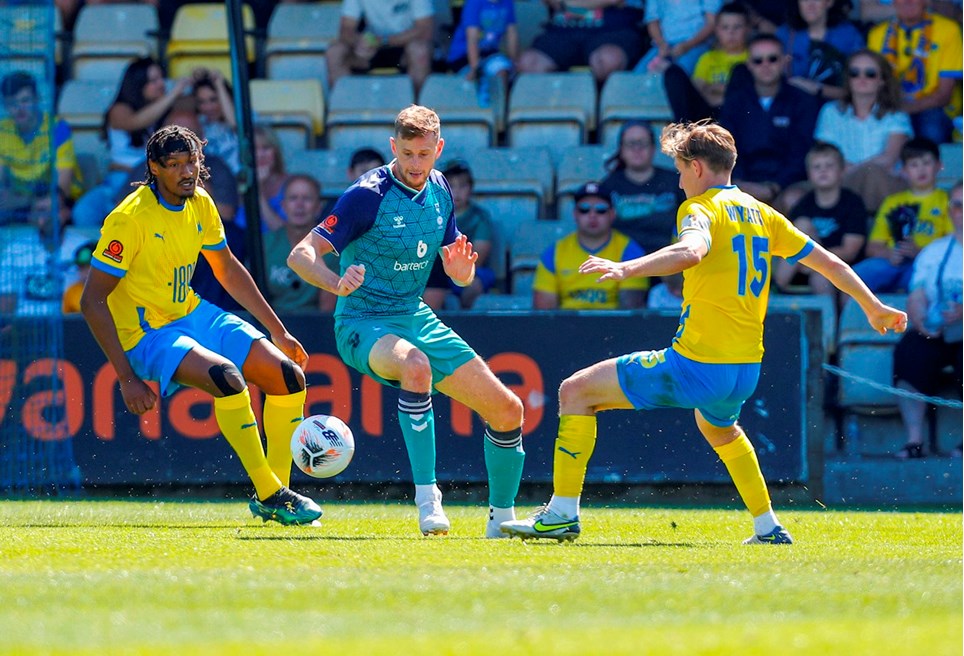 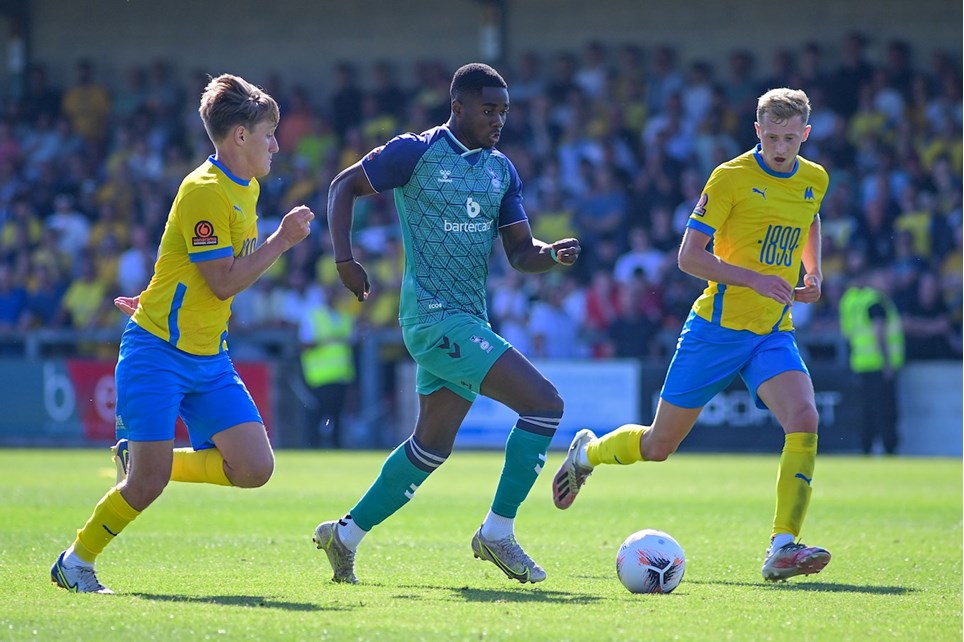 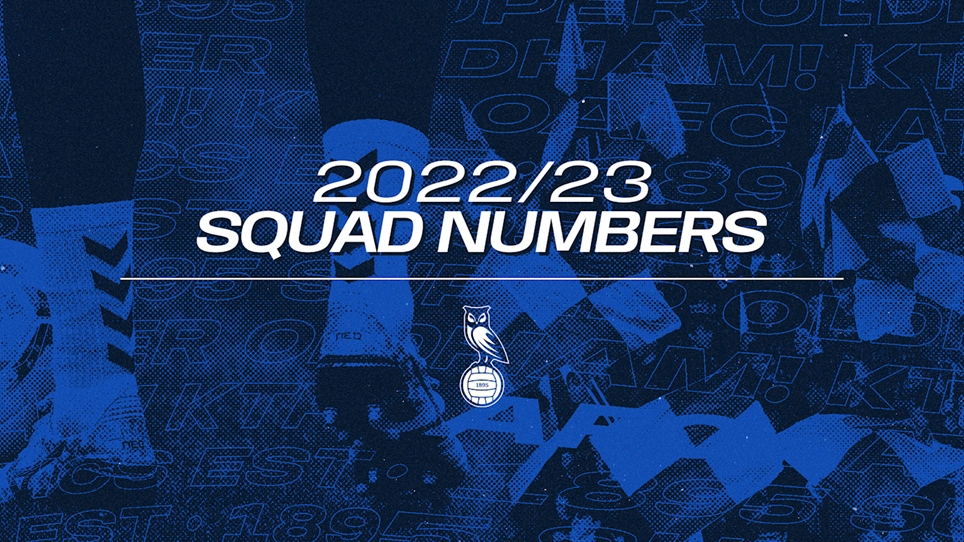 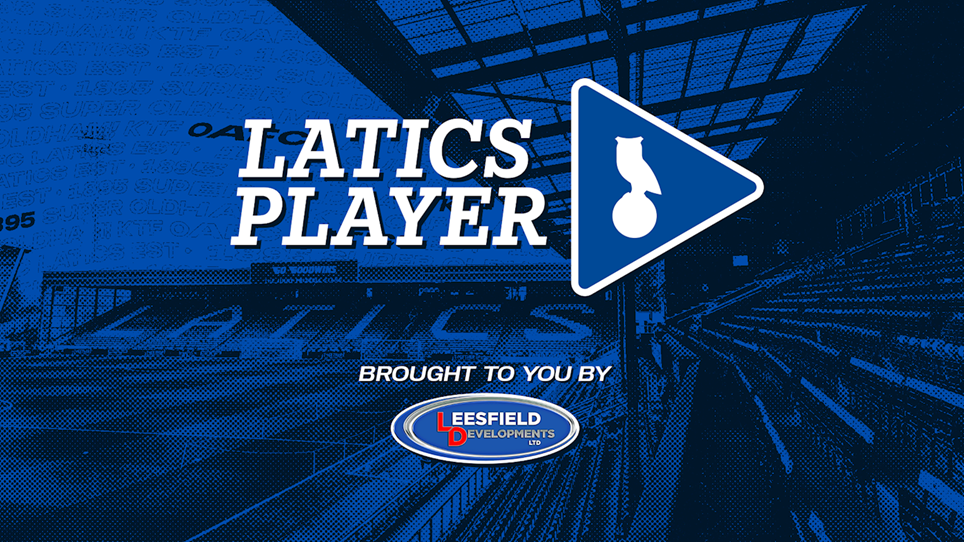