The Head Coach provided his pre-match verdict ahead of the Sky Bet League Two fixture against Sutton United this evening (7:45pm KO).

With games coming thick and fast, John Sheridan remains focused on the next task in hand for Latics as he aims for a change in his side’s fortune on the pitch.

“I wouldn’t say that we’re on a bad run of form, it’s a bad run of results and we possibly should’ve had more points on the board, but it doesn’t tell lies, we've lost the last four matches which is a shame after the start we had since I returned.

“We’ve got to keep looking for improvement, there are important stages and moments in games which seem to be going against us and there are little things that we could do better, but games come around quick, and we've got a game again tonight, so I've got put my full focus on this upcoming fixture in order to try and get a positive result.”

The gaffer demands for his players to be able to adapt to certain situations throughout matches which will help drive the team to more successful outcomes.

“I can talk the players through certain scenarios step-by-step, and I can go through footage for hours on end, but it is about how they deal with it when these situations arise in that specific moment.

“If we're winning in games, it’s about seeing things through which is a result of seeing pictures and filling gaps in to stop the opposition from getting back into the match. On the other end, it's a matter of scoring goals at the right time, obviously, the penalties have been a bit of a downer for us, and they’ve been in important stages because I think that both games would’ve been different results if we’d scored them.” He commented.

“At the end of the day, a Head Coach can’t always shout 'you’ve got to take this, or you’ve got to take' that from the sidelines. In my opinion, whoever is confident should take it, however, the two that we’ve had of late haven’t found the back of the net which have had a massive effect on the games.

“There are fundamental aspects in a match which we must follow, and we can analyse it, but it’s easy watching after an event, but it’s a matter of seeing pictures and seeing things which allow us to cope with it better than we’ve done previously.”

Latics will be without numerous key figures for the encounter due to injuries, suspensions and selection issues, but Shez has the belief that the fresh faces can make a positive impact.

“It's not what I wanted when I first come in because I thought that if we could keep our best players fit, and most importantly, the ‘keeper and back four, who were looking solid when we went on that run, but it is what it is.

“It doesn't help our cause and it doesn’t help us in this situation, so we’ve just got to try and get the fresh players in the team, and whoever is in there, I expect them to run, fight and graft, and like I said, if we get the right result tomorrow then we move out of the bottom two and there's no more that I should be saying to them because that’s a massive incentive.” 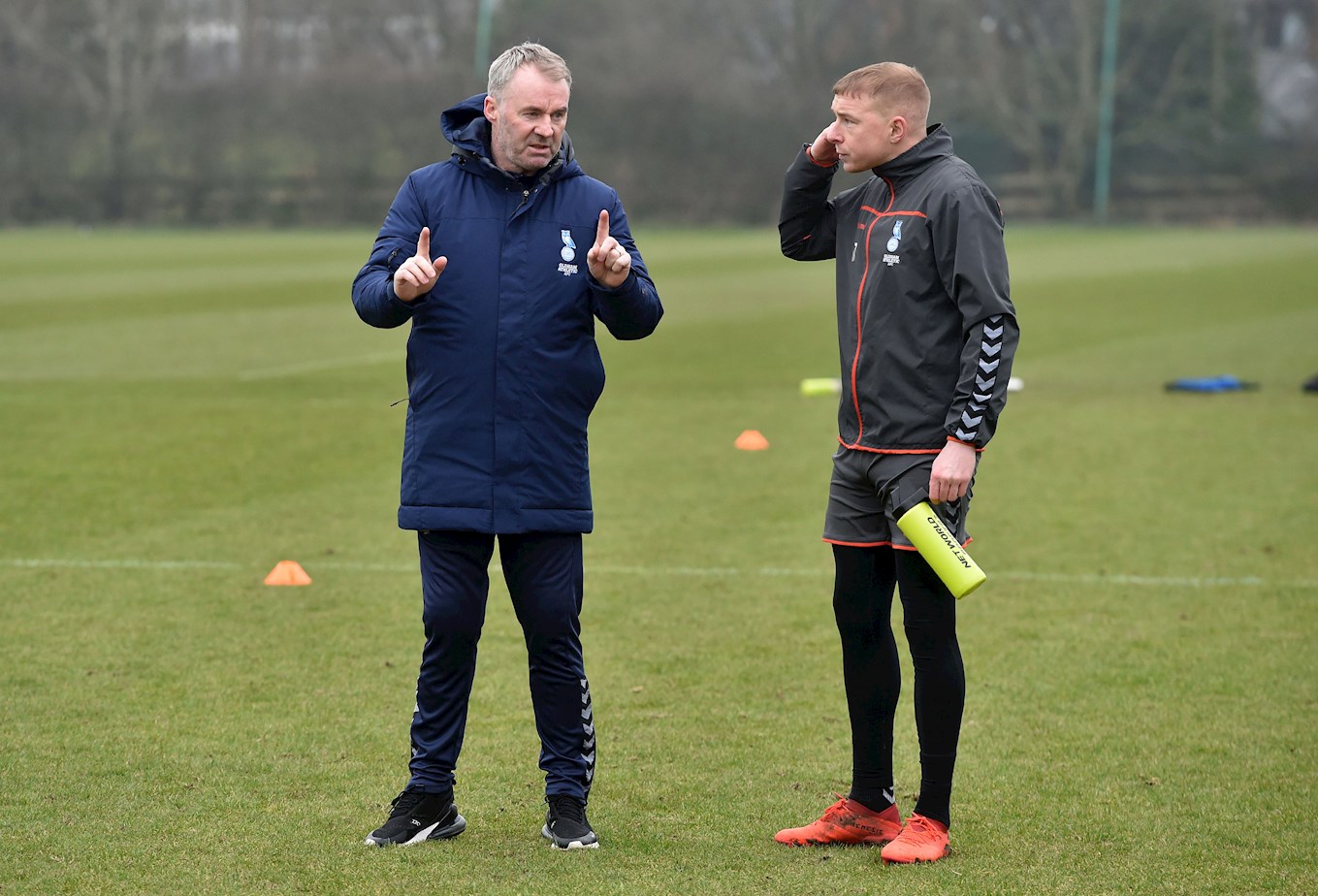 During his previous tenures, Shez has notoriously built resolute backlines to help steer the club away from trouble, however, he has been unable to consistently pick the same line-up in defence across recent weeks.

“It is really annoying because I did think that we looked a decent side when I returned and kept the shape and didn't make too many changes, and then when you get injuries and suspensions, which I'm not happy about as we shouldn't be getting silly suspensions, it disrupts your plans and your mentality of the team that you're going to put out.

“Harrison getting injured the other week was frustrating, although it's not something that I can dwell on because he's not involved with the team. I’ve got to put confidence in whoever I pick to join the backline, and likewise, they provide me with the confidence that I’m going to perform.”

The Amber and Chocolates currently occupy ninth place in the table and have recently booked their place in the Papa John’s Trophy final at Wembley, so they’ll be a strong opposition.

“It’ll be a tough game, they've done very well, so far, this season. Their manager has done an excellent job, they’re strong, physical and direct, most importantly, they’re good at what they do.

“To add to this, they’re in the Papa John’s Trophy final which they’ll be looking forward to, so if we don't stand up and be counted for, we'll get found out, but I expect us to put our stamp on the game.”