The Head Coach provided his pre-match thoughts ahead of the Sky Bet League Two match against Crawley Town this evening (7:45pm KO).

At the weekend, John Sheridan alluded to the fact that he was frustrated with the second-half performance against Colchester United but remains upbeat about the form of his side heading down to West Sussex.

“I was just disappointed in our performance second-half and I’ve tried to explain to the players where we struggled.

“We’re disappointed because we knew the importance of the game and we were really comfortable first-half when we were one-nil up. I was disappointed in the way that we went about the game in the second-half because I didn't think that we controlled the game, and we were trying to play when we didn’t have to and there were too many long balls.” He commented.

“As I said, a lot of things made us uncomfortable, for example, dealing with the ball in certain situations because they managed to come straight at us and get a fluky goal, and then, they look like the team that was going to win it.

“But I don't want to be hard on the players because our form at the moment is two points a game which is promotion form, so I don't want to beat myself too much, however, we know the importance of trying to get three points.”

The former Latics deep-lying playmaker stated that he’s monitoring the fitness of the squad throughout the busy schedule, however, he doesn’t want to tinker with his team too much following an outstanding run of results.

“I thought that we looked a bit leggy, but then again, I don't want to be changing the starting XI too much because I’d be contradicting myself if I drastically changed the side, however, I think that one or two players possibly may start the game although they won't be changing the system or the way that we play as they’ve just got to carry on what we're doing at the moment. 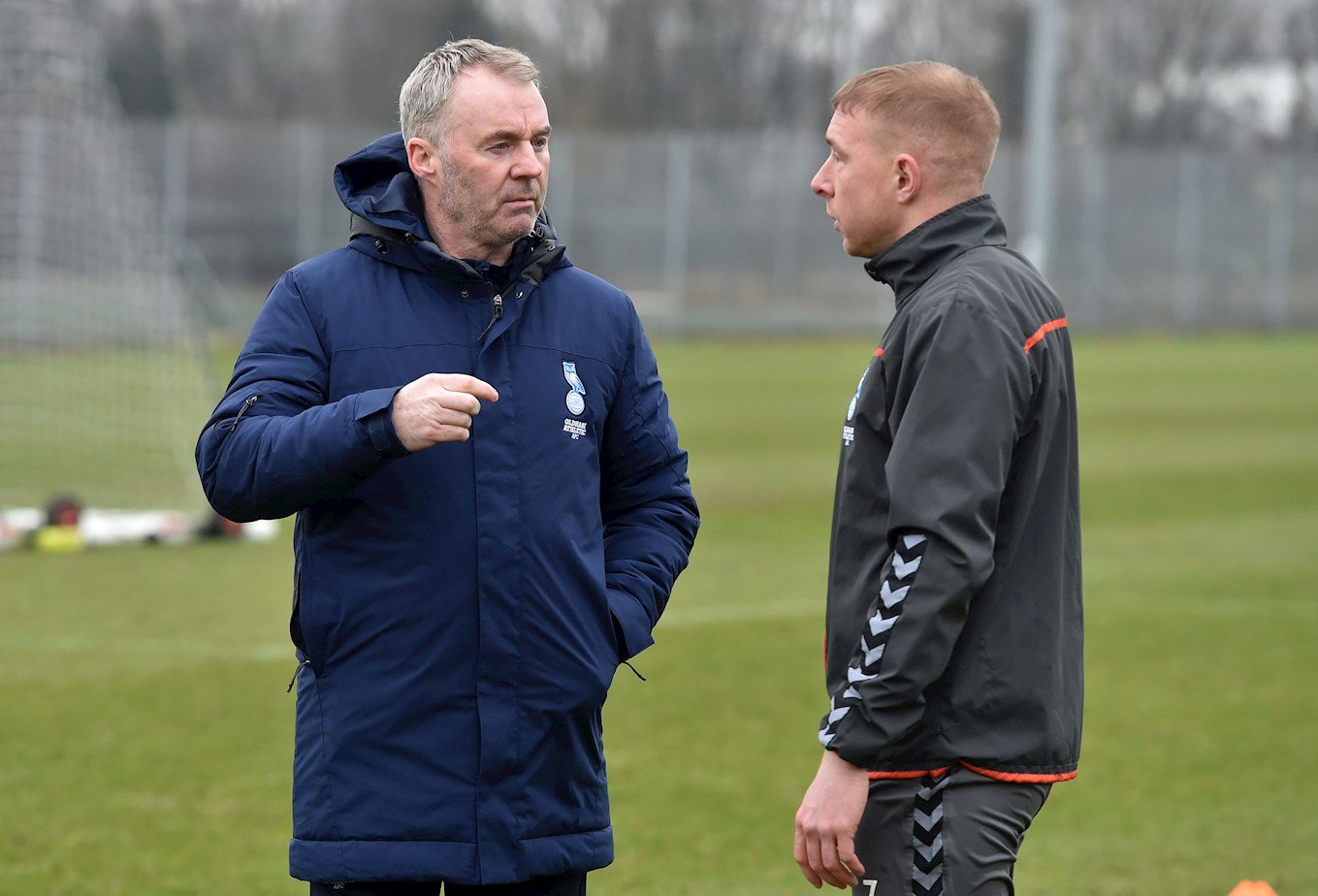 “So, like I said, if I make changes, it’ll be like for like and we know that Crawley play a 3-5-2 and played in that system on Saturday and picked up a good result against the top of the league.

“Having said that, I'm only worried about us and I'll make a late decision if I need to change anything, but we're on a good run, we’re the inform team in the division, so it'd be silly to change it too much.”

Davis Keillor-Dunn has been in terrific form since the arrival of the gaffer which has been highlighted with five goals in four matches, but Shez still wants the attacker to develop the other side of his game.

“I’m pleased that he's scoring goals, but I’d like his all-around game to be a little bit better and that’s me trying to progress him to the next level of performance.

“I cannot fault his goal ratio because it’s excellent and he’s scored some really important goals, but his all-round game, and I think that he’ll agree with me, needs to be a lot better in terms of retaining the ball and keeping the ball high-up pitch for us.

“I’m the type of person that will tell him that in order to make us better, I can't fault him too much as his goal ratio has been excellent and it’s a big part of why we're winning games.”

With another extensive journey on the horizon for the ‘boys in blue’, Sheridan admitted his frustration at the scheduling of the fixture whilst providing an insight into the mindset and preparation in place for the encounter.

“I don't know who’s arranged these games against Colchester and Crawley away, it's ridiculous but we’ve just got to look after the players and keep them as fresh and as fit as possible and we’ve got to understand that the long journeys, but we can't moan about it and we have to get on with it.

“It's something that we’ve got to do, and we'll do it the best of our capabilities and try and look after the lads as much as we can.”

Shez spoke highly of the Red Devils as well as outlining his admiration for John Yems after Crawley picked up an impressive three points against Forest Green Rovers last time out.

“I don’t know John (Yems) personally, but I like him as a manager especially when I listen to his post-match interviews because I think that he's straight to the point, and a good friend of mine who works for him, so I do like him because of the way that he talks and seems quite an honest fella.

“He’s got a decent team, and, on their day, they can beat anyone in this league which they proved at the weekend, so they’ll fairly confident going into the game.

“It's a tight ground and they’re a hard team to play against, so again, I'm expecting a really tough game. Likewise, I hope that they're expecting a tough game from us.”

Once again, Latics supporters will vocally back the team in their numbers on a bitterly cold evening and the Head Coach aims to repay their loyalty at the People’s Pension Stadium.

“I don't have to keep telling the players now, I think that the players have seen the supporter in the last six games since I’ve comeback, so they appreciate it. The turnout for Colchester, considering the journey, was outstanding, so we fully respect them for coming down to support the team.

“We’re trying to win games, even a draw on Saturday, I think that they appreciated going home with something to talk about and knowing that we're getting points on the board and hopefully it can continue.

“I want them to get there safely and get home safely and if we can get a good positive result for them then it's even better.”