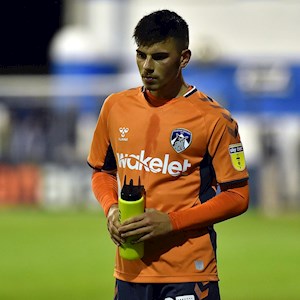 After impressing whilst on trial with the club, Callum Dolan was awarded with a one-year deal with an option of a further year.

The 18-year-old progressed through Manchester United's academy, before spells with the youth team's of Blackburn Rovers and Bury.

In November 2018, Dolan signed for Stockport Town and he impressed in his short time with the club.

At the end of last season, he put pen-to-paper on a deal with Altrincham FC.

Dolan scored against Oldham Athletic for Ashton United and featured for Latics against Stockport County this pre-season.

He is currently on a month's rolling loan back at Ashton United after making his competitive debut for Oldham in the 3-2 win against Liverpool U21's in the Leasing.com Trophy.