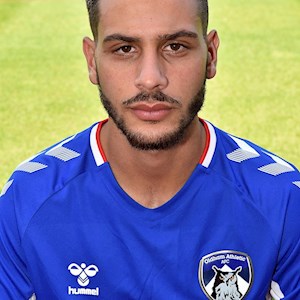 Oldham Athletic signed midfielder Florian Gonzales in the summer on a one-year deal with the option of a further year.

Gonzales is former AJ Auxerre II player and the 20-year-old featured for Latics against Rochdale in the Ernie Cooksey Trophy, as well as against Ashton United and Stockport County in pre-season before playing against Liverpool U21s in the Leasing.com Trophy earlier in the season.

He was also part of the squad that travelled to Morocco in July for the ten-day training camp and went on loan to Ashton United for the first couple of months of the 2019/20 season.