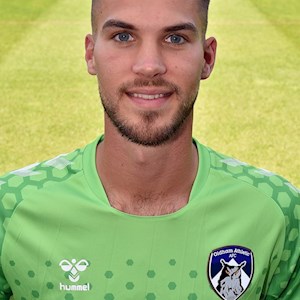 Zabret put pen-to-paper on a season-long loan with Latics for the 2019/20 campaign.

The goalkeeper is a former Slovenian youth international and has made 25 appearances in the youth ranks for his country.

Zabret is a product of NK Domžale academy, he made 14 appearances for their first team.