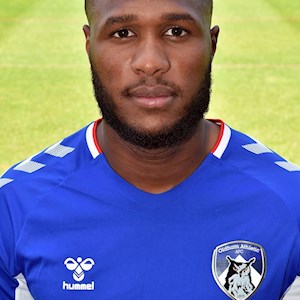 Sonhy Sefil joined the club in January, signing a one-and-a-half-year deal with the club.

Sefil has previously been at Championnat National club Lyon Duchere AS and he has also played for Asteras Tripoli in the Superleague Greece.

Originally from Martinique, the 24-year-old started his career at French club SC Sedan Ardennes before moving to French League Two side AJ Auxerre, where he made 23 appearances.

The defender didn’t feature last season for Latics, but he did spend a month on loan to Ashton United. He appeared twice for The Robins before returning to Boundary Park.