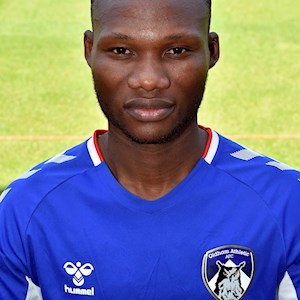 The striker spent last season at Slovak club FK Senica, where he made 29 appearances and scored six goals and now joins Latics on a one-year-deal with an option for a further year.

Azankpo began his career at French side FC Metz, before he left to join AS Jeunesse d'Esch in Luxembourg.

The 26-year-old has represented Benin five times and was part of the Benin squad in the African Cup of Nations 2019.