Oldham Athletic announced the signing of forward Hallam Hope on a one-year deal with an option in June 2021.

Most recently, the attacker was in Sky Bet League One with Swindon Town after playing a role in the club’s impressive promotion as champions in the season prior. Hope found the back of the net seven times whilst operating across a front three throughout the campaign.

Born in Manchester, Hope actually began his career on the blue half of Merseyside as he progressed through the academy at Goodison Park. Whilst at Everton, he enjoyed loan spells with Northampton Town, Bury and Sheffield Wednesday. Hope, remarkably, scored five goals in eight games for the Shakers and he attracted attention from teams higher up the football pyramid.

The 27-year-old put pen-to-paper on a permanent deal with Bury in January 2015 for an undisclosed fee. During his time at Gigg Lane, Hope helped guide the club to promotion from Sky Bet League Two and throughout his three-year spell made 71 appearances.

Head Coach, Keith Curle knows Hope very well bringing him to Carlisle United initially on loan before making it a permanent deal. Whilst at Brunton Park, he managed to net 31 goals and finished as the club’s top goalscorer in the 2017/18 season.

Hope has represented England at U16, U17, U18 and U19 level before proudly being called-up to the Barbados senior squad and he’s scored four goals in six games.


The striker discussed his return to the scoresheet and how he is benefiting from working with John Sheridan again. 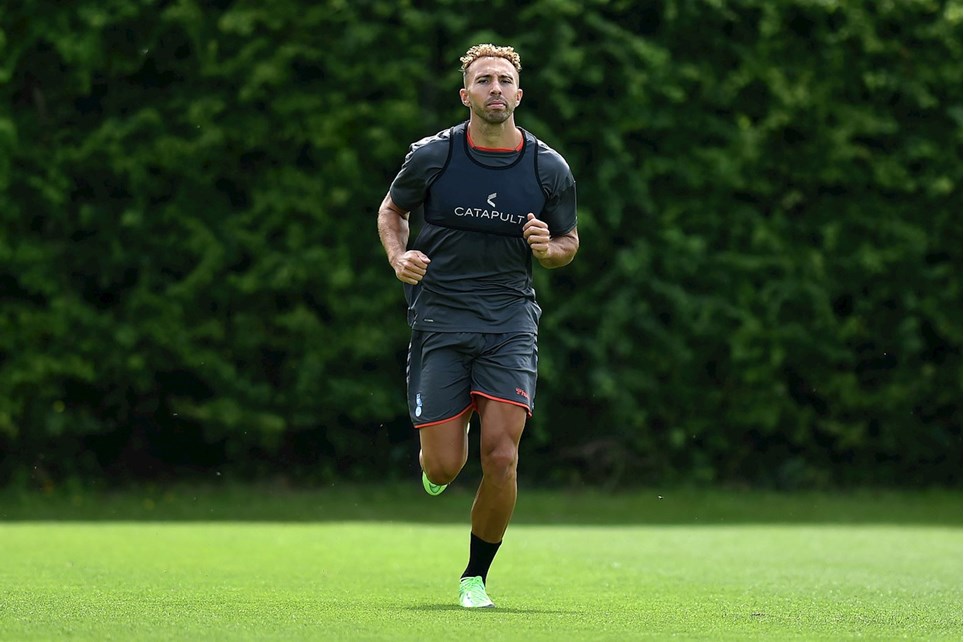 
Linking up with his new team-mates after Gold Cup duty with Barbados, the striker discussed his summer move to Boundary Park.