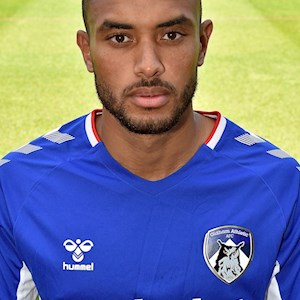 Frankie Bunn added the French-born midfield player to his squad ahead of the 2018/19 campaign.

This is the winger's first time playing English football having previously playing his trade in France.

The 26-year-old has represented Gabon once at senior International level.