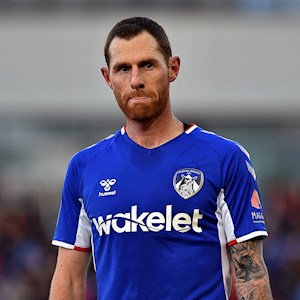 Chris McCann signed a short-term deal with the club in mid-October 2019.

The midfielder joined Latics after spells in England with Burnley, Wigan Athletic and Coventry City, with the Irishman also spending time in the MLS with Atlanta United and DC United.

The 32 year-old will be remembered most for his time at Turf Moor where he made over 200 appearances for the Clarets across an eight year period which included promotion to the Premier League.