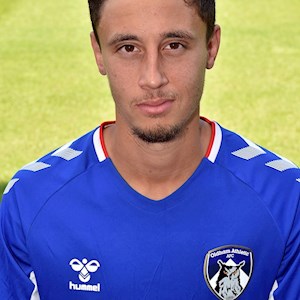 Mohamed Maouche is a French central midfielder who is entering his second season with the club.

Maouche began his career with Saint-Étienne before joining Servette FC in Switzerland.

The midfielder signed for Lausanne-Sport in the Swiss Super League before moving to Tours in the second tier of French football.

He then moved to Tours in Ligue 2 where he netted three goals in 57 appearances for the French side.

Maouche joined Latics in September 2017 but failed to make an instant impact at Boundary Park.

Last season, the 26-year-old featured 41 times in all competitions for the club, scoring five goals and assisting three.

He penned a new one-year deal in the summer to remain at Latics.